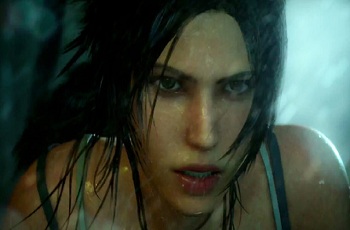 There was some gloom recently surrounding the sales of Tomb Raider. Despite selling more than 3.4 million copies in its first month of sales, the game's performance fell markedly short of Square Enix's expectations. That being said, the game's developer, Crystal Dynamics, is celebrating. Though it failed to reach Square Enix's goal of 5 million copies sold, Tomb Raider has exceeded previous franchise records and had the best launch of any game in 2013, so far.

"It's been the biggest week one sales in franchise history, and we're only a few weeks into that launch right now, and it's been the biggest opening so far in 2013," said Crystal Dynamics head, Darrel Gallagher, speaking at GDC. "So, we're happy with the outcome. It's certainly in a place where we feel like we're on the road to achieving everything we wanted to."

It's unlikely that Square Enix will share much of Crystal Dynamics' enthusiasm over Tomb Raider's performance. The publisher has suffered through several years of poor finances and had been counting on Tomb Raider, in addition to several other titles, to help strengthen the company's coffers. The failure of recent releases to reach their targets, in addition to other issues, prompted CEO and president Yoicha Wada to resign from his long-held post.

Even if Tomb Raider didn't meet all expectations, Gallagher and Crystal Dynamics are happy with the game's end results. "Certainly we're proud of what we achieved, and I think for the most part, the whole organization is happy with what we did... Actuals and expectations, I guess, are two slightly different things. What I'm telling you is the actuals, and they're communicating expectations."

While it is nice to see Crystal Dynamics as pleased as it is with the game it made, it is worrisome to think that Square Enix could come out of Tomb Raider feeling burned by its investment. Tomb Raider has been widely regarded as a quality game that tells an interesting story, and it would be a shame to see potential sequels derailed on account of the bottom line.