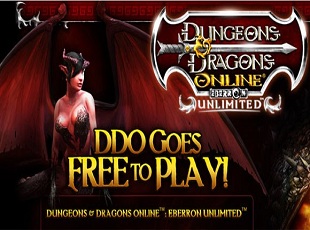 Mark Jacobs, the former CEO and co-founder of Mythic Entertainment, expects the free-to-play market to decline within a few years.

One of the most prominent and profitable trends to emerge from the videogame world in recent years has been free-to-play. The free-to-play model and the microtransactions that accompany it have pulled many an online game back from the edge of oblivion, and turned more than a few into profitable and thriving properties. In the wake of this success, developers and publishers across the spectrum have been working hard to elbow into the expanding free-to-play market.

According to Mark Jacobs, co-founder and former CEO of Mythic Entertainment, however, companies chasing this current gravy train may, in fact, be sealing their own doom. "Free-to-play is just another model, and just like every other model in the industry, it will hold its special little place for a while but then there will be consequences," said Jacobs, speaking to VG247. "Those consequences in a few years will be a bit of an apocalypse. You're going to see a lot of developers shutting down, and you're going to see a lot of publishers going, 'Oh yeah maybe spending $20 million on a free-to-play game wasn't the best idea ever.' That's part of the reason, but the other reason is equally as important, that if you go free-to-play, you really have to compete with every other free-to-play game out there."

Trying to head off the impending free-to-play armageddon, Jacobs is tailoring his current MMO project toward a different crowd. Camelot Unchained, currently in the process of being Kickstarted, will be aimed at smaller but more dedicated audiences. "Camelot Unchained is going to be a niche subscription game," said Jacobs. "I'll take a smaller subscription base that is dedicated, is energized and is excited to play our game, and to work with our game, than ten times that base where I have to deal with a lot of people who really don't care."

Time will have to tell if Jacobs is right about free-to-play games. Currently, the market is still expanding and while there are free-to-play failures, they don't loom as large as the prominent successes the model has helped to create. That said, it wouldn't be the first time and unforeseen ceiling has emerged to cap a growing trend, and if Jacobs is correct more than a few will be bumping their heads when it appears.

Escapist Podcast - Science and Tech: 013: Why Are We Terrified of Disgusting Insects? The Escapist Staff 6 Comments