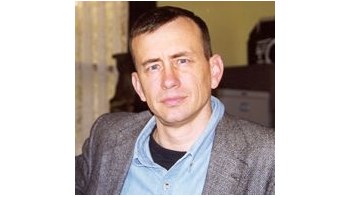 The name Dave Grossman may not be as instantly recognizable as, say, Jack Thompson or Michael Atkinson, but for those who follow this sort of thing the retired Lieutenant Colonel is a well-known figure. He's the author of several books, including Stop Teaching Our Kids to Kill: A Call to Action Against TV, Movie and Video Game Violence and On Killing: The Psychological Cost of Learning to Kill in War and Society, in which he claimed that violent media "is responsible for our rising rate of murder among the young."

It's a message that tends to resonate with a certain demographic and Grossman continues to speak to audiences on the topic, most recently on May 14 at the GovSec security conference in Washington DC, where he predicted a seriously unpleasant future for the U.S. and the world. "This generation is going to give you massacres in the domestic environment and in the work environment," he told his audience.

"There is a generation of vicious, vicious killers out there," he said. "The videogames are their trainers. They've been playing Grand Theft Auto every spare moment since they were six years old."

Grossman apparently believes that we need to take steps to stop violence in schools in the same way we've made an effort to prevent fires. He pointed out that dozens of children are killed in schools every year by gun-toting maniacs, while not one has died in a fire in more than 50 years. "We must prepare for violence like firefighters prepare for fires," he added.

His views tend to be on the extreme side, as evidenced by his statement that the U.S. is "going to get nuked" because it's too lax in dealing with foreign and domestic threats, but Grossman's background gives his words real heft among his audiences. He's a former West Point psychology professor, a professor of military science and U.S. Army Ranger, and also claims on his website to be "the founder of a new field of scientific endeavor" known as "killology." Nonetheless, the Government Security News website stated that his address was "long on emotion, and short on supportive evidence and detailed reasoning."

Somewhat ironically, Grossman didn't seem shy about exposing his own predisposition toward violence in the address. He warned that "all hell will break out" when the U.S. pulls out of Afghanistan and said there's only one way to deal with the worst of the nation's enemies. "We cannot deter these people," he said. "All we can do is track them down and kill them."

The Big Picture: On The Subject Of Violence MovieBob 229 Comments

First Person: On The Other Side of Videogame History Dennis Scimeca 39 Comments