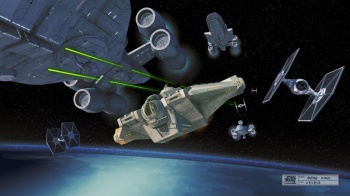 The prospects of a new Star Wars trilogy are certainly intriguing, but that isn't the only project fans can look forward to. Lucasfilm Animation recently revealed Star Wars Rebels, a television series created by team members behind the popular Clone Wars production. While the pilot won't be seen until 2014, some initial info emerged at a Star Wars Celebration Europe 2013 panel, where executive producer Dave Filoni shared concept art and discussed the project's goals. Perhaps the most important details revolved around Rebels' visual tone; the series is heavily inspired by the original trilogy's art aesthetic, including the unused concept art of Star Wars designer Ralph McQuarrie.

"For me I wanted to develop a style different from Clone Wars," Filoni said during the panel. "This show is going to be different from Clone Wars; it's intentionally going to look different. We're not proceeding with the same style. We wanted to give it its own look and feel. For me, that always goes back to Ralph McQuarrie, and that's a name you're going to hear over and over again. Star Wars owes so much to Ralph, and I'm very dedicated to the history of Star Wars and of Lucasfilm. We need to maintain and respect that history but also do what made it great - it always leapt forward."

The panel's highlights have been recapped on the Star Wars blog, but repeated mentions are made of McQuarrie's influence. Whether recreating his landscapes, or using digital brushes that mimic his art style, Filoni places a strong emphasis on returning to the visual tone of the original series. That's not to say Clone Wars won't have an impact on Rebels however, since Filoni has left the door open for characters to enter the Episode IV timeline. "I love Star Wars characters ... but there's always a special place in my heart for the ones that I played a part in creating, so I don't know what kind of answer that is, but it's the best one I can give you."

In terms of new content, Filoni unveiled Ghost, a spaceship that will likely be the home of Rebels' protagonists (pictured above). "It's actually a pretty big centerpiece for the show," Filoni explained. "We all like the sense in the classic films that the Millennium Falcon that was a ship but it was also a place - it was like a home. We wanted to give this new generation of kids a place they could go feel safe when they were running from the Empire. And I'm really excited about that. We're on the run again. The Empire is controlling the whole galaxy, so we needed a home and a ship."

While Rebels is still in the concept stage, and could easily be changed as the new films develop, classic trilogy fans should be intrigued enough to see where Filoni takes the televised universe from here. Star Wars Rebels will launch in Fall 2014 as a one-hour special before the series proper appears on Disney XD channels. 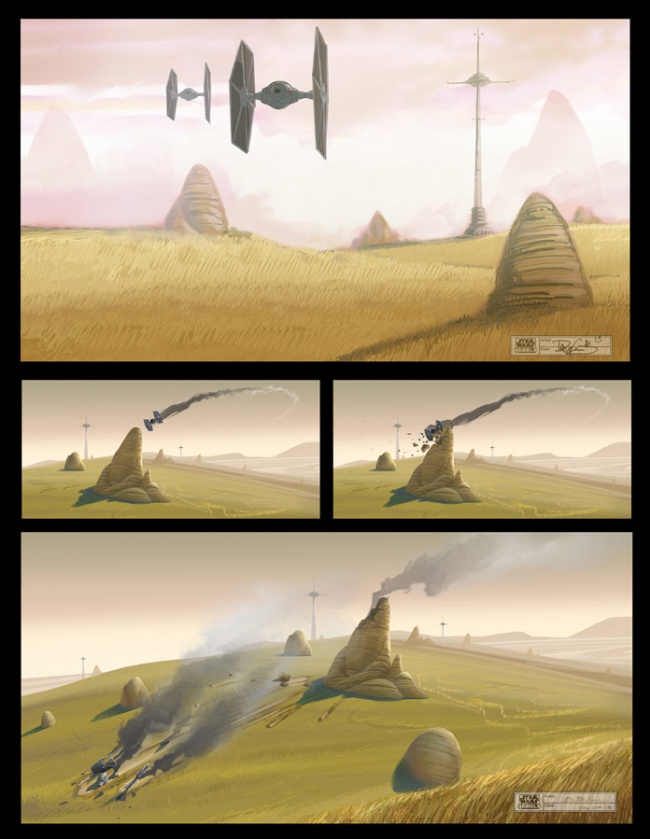