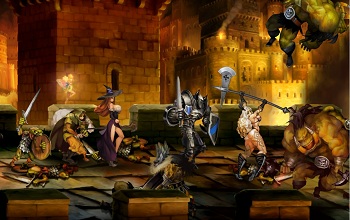 Atlus has detailed the contents of a new patch and also released character skill cards to help high level players through the game.

Atlus, hoping to further improve the already solid Dragon's Crown experience, has announced a new patch for the game that will tweak some elements of the gameplay while also fixing minor problems and stabilizing shakier parts of the game's experience. The new patch will affect both the PlayStation 3 and Vita versions of the game.

The patch will make the following changes:

In addition to the improvements being put in place by the patch, Atlus has also released a series of images detailing some recommended skills for players "pushing their way towards level 99 on Inferno difficulty." It's a nice bit of assistance on Atlus' part and should hopefully help some players reach their character's full potential as they advance deeper into the game.

Note: We originally commented on some visual aspects of the skill cards, not realizing they re-used old art assets. As we've discovered those comments were redundant we've removed them from the article.