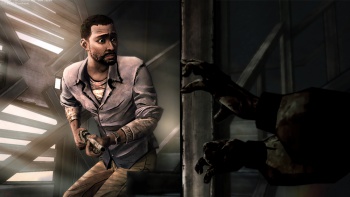 Designers for two of last year's critical darlings have joined together to form their own studio.

Jake Rodkin and Sean Vanaman, two of the chief designers and writers behind TellTale Games' critically-acclaimed The Walking Dead, have formed a new company alongside Nels Anderson, the lead designer for stealth game Mark of the Ninja. Just for good measure, they're also bringing along Olly Moss, an artist and graphic designer whose previous credits include Lucasfilm and Studio Ghibli.

Their new company, Campo Santo, was announced yesterday with the launch of their blog. The new, San Francisco-based studio is also looking for a 3D environment artist , so pass that along if you know someone who fits the bill. While the studio hasn't announced their first title yet, it will be available for PC, Mac and Linux and be made in collaboration with Mac and iPhone app developer Panic Inc.

The Walking Dead, for those few of you still unfamiliar with it, won a cavalcade of game of the year awards following its release in 2012, with numerous critics praising its writing and story. Klei Entertainment's Mark of the Ninja, meanwhile, was praised for reinvigorating the stealth genre. While the nature of Campo Santo's first title is pure speculation at this point, it goes without saying that it's going to come with quite a pedigree.