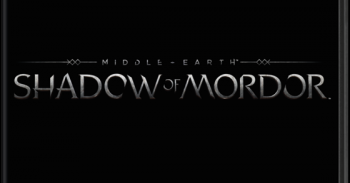 Middle-earth: Shadow of Mordor takes place between The Hobbit and Lord of the Rings.

Warner Bros. Interactive announced a new PC and console game taking place in J.R.R.'s far-reaching universe of The Hobbit and Lord of the Rings. Middle-earth: Shadow of Mordor is an original third-person adventure in which players control Talion and will enact revenge on those who have wronged him.

"Players will explore the dark and very personal theme of vengeance in a world where decisions have consequences even after death," Samantha Ryan, Warner Bros' senior vice president for production and development, said.

Talion's family is killed in front of him the night Sauron and his army return to Mordor. Talion is killed as well, but a spirit of vengeance resurrects him and grants him Wraith abilities. Using the Nemesis System, Middle-earth: Shadow of Mordor "introduces new gameplay mechanics to the action genre, creating opportunities for emergent and customized gameplay that will be rewarding for players," Ryan said in a press release.

Enemy relationships are shaped by the player's actions and decisions. Enemies remember the player's previous actions and learn to adapt. They will be unique in every gameplay session. Through the system, players will have different archenemies.

Monolith Productions is developing the game and has also developed F.E.A.R. and Guardians of Middle-earth. Middle-earth: Shadow of Mordor will be released on PS3, PS4, Xbox 360, Xbox One, and PC.

Editor's Note: An earlier version of this article misquoted Samantha Ryan. This has now been fixed.