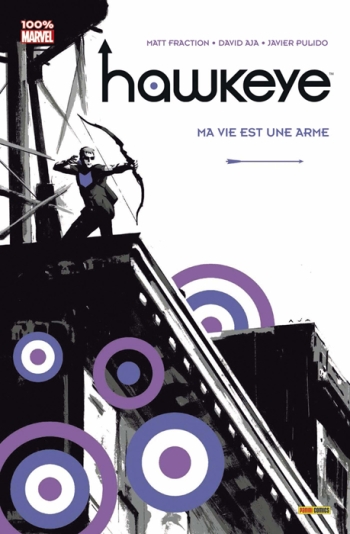 The largest comics festival in Europe, the Angoulême International Comics Festival, has announced its Official Selection List, from which its "Best Album", "Angoulême Essentials", and other prizes will be awarded.

The Angoulême International Comics Festival revealed its Official Selection List for 2014, containing 35 titles from around the world. The winners of the festival's prestigious awards will be selected from this list. The festival awards a "Best Album" prize, five "Angoulême Essentials" prizes, one "Essential" prize chosen by the public and one "Revelation Essential" awarded to a new creator. Awards for reprinted material and for young adult comics are selected from separate pools (the "Heritage Essential" and "Youth Essential", respectively). A lifetime achievement award in comics, the "Grand Pix de la Ville D'Angoulême", is also awarded each year. The festival has run every January since 1974 in Angoulême, France. In 2014, the festival will run from January 30 through February 2.

Marvel's Hawkeye, Volume 1: My Life as a Weapon, penned by Matt Fraction and illustrated by David Aja and Javier Pulido, has made the prestigious list. The new Hawkeye series began in August 2012 and has amassed a significant fan following while telling stories of what the Avenger does on his days off. Aja received two Eisner Awards (Best Cover Artist and tied for Best Artist/Penciller/Inker) for his work on the series this year.

Also included in the selection list are the French translations of dark fantasy Japanese manga series Attack on Titan by Hajime Isayama and American cartoonist Alison Bechdel's graphic memoir Are You My Mother?. The Bechdel Test for gender bias in fiction is named after Alison Bechdel, who attributes the idea to a friend, Liz Wallace, and first presented it in her long-running comic strip Dykes to Watch Out For.

Here is the complete Official Selection List, with English titles provided where available: