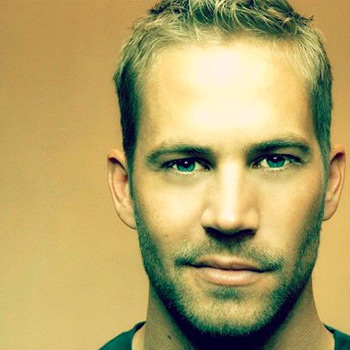 Earlier today, actor Paul Walker, who is most recognizable from his work in The Fast and the Furious, died in a car accident in Southern California. The tragic news was initially confirmed through Walker's publicist, Ame Van Iden, but an official announcement has now been posted on Walker's social networking profiles.

"It is with a truly heavy heart that we must confirm that Paul Walker passed away today in a tragic car accident while attending a charity event for his organization Reach Out Worldwide," reads a post on Walker's official Facebook page. "He was a passenger in a friend's car, in which both lost their lives. We appreciate your patience as we too are stunned and saddened beyond belief by this news. Thank you for keeping his family and friends in your prayers during this very difficult time. We will do our best to keep you apprised on where to send condolences."

Walker, who turned 40 in September, recently finished work on the sixth installment in the Fast & Furious franchise, and was scheduled to take over the lead role in an upcoming reboot of the Hitman film series. Unfortunately, we'll never get to see Mr. Walker's interpretation of Agent 47.

Regardless of your opinions about his movies, I think we can all agree that 40 is too young, and the fact that he leaves behind a daughter makes this accident even more tragic.

Movies and TV: Everything You Need to Know About Fast and Furious Marter 10 Comments