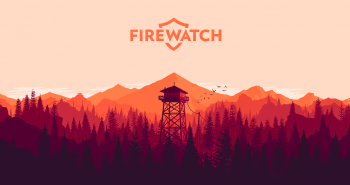 The new game will feature a lone man in the Wyoming wilderness whose only connection to the outside world is a handheld radio.

When the brains behind TellTale's The Walking Dead and indie hit Mark of the Ninja announced they were forming a new studio called Campo Santo this past November, people took notice. Now, their company has announced its first game, Firewatch.

The description on the game's official website is short, but you can definitely see shades of The Walking Dead's moral choices. In Firewatch, players assume the role of Henry, a fire lookout in the Wyoming wilderness whose job is to keep the wilderness safe. His only contact with the outside world is his supervisor Delilah, whom he contacts over a handheld radio.

Though plot details are still scarce, things apparently don't stay calm in Henry's little part of the world and strange occurrences draw him out into the wild. Campo Santo says the game will have players "facing questions and making interpersonal choices that can build or destroy the only meaningful relationship you have."

The game has no release date yet, but Campo Santo says they would "love it to come out in 2015." So far, the game has been announced for Windows, Mac and Linux.

Campo Santo's team includes Jake Rodkin and Sean Vanaman, two of the chief designers and writers behind The Walking Dead, and Nels Anderson, the lead designer for Mark of the Ninja. The game is being published in a joint venture between Campo Santo and Portland-based software company Panic Inc.