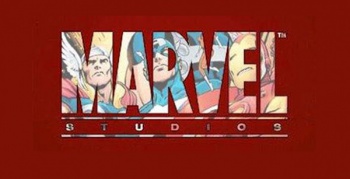 And six of the slots are unnamed. Let's speculate wildly about them, shall we?

It's not a shock that Marvel's cinematic universe will continue to expand; the company has previously hinted at potential plans as far ahead as 2028, after all. But over the weekend, it made things official through the end of the current decade, with the reveal of the company's movie release schedule up to 2019.

Here are the dates Marvel Studios has staked claims to:

Now at least one of the "Unnamed Marvel Movie"s does, in fact, have a name - Avengers 3 is absolutely guaranteed to be part of this release schedule. But that leaves us with 5 entries of a less certain nature. Yes, odds are good that Thor 3 is a given. So too is Guardians of the Galaxy 2 (which may just involve The Hulk in a big way), assuming the first installment is a hit. But what of the other slots? Devin Faraci over at Badass Digest has made some pretty good guesses as to what Marvel is planning.

He pegs Thor 3 to May 5, 2017, and Guardians of the Galaxy 2 to July 27. He also thinks that the November 3, 2017 slot will be filled by a Captain Marvel/Ms. Marvel movie, which sounds about right. As he notes, The Hunger Games will be over right before that point, and Marvel is more than aware that a female lead can carry an action film. Add to that the unexpected popularity of the new incarnation of Ms. Marvel and, presumably, Marvel's awareness that DC is (probably) bringing forth a Wonder Woman film around the same time, and it makes a lot of sense.

Meanwhile, he also pegs Avengers 3 to July 6, 2018. That makes sense: there will be three years between The Avengers and Avengers: Age of Ultron, which makes the 2018 release date fit the same time frame. It's true that only 4 films will precede Avengers 2, but 5 films preceded The Avengers. It's not too hard to imagine 6 preceding Avengers 3, especially if the goal for Marvel Phase three is to establish the characters and franchises who can take over once Thor and Captain America follow Iron Man with the completion of their trilogies.

As for the two remaining slots, your guess is as good as ours. What Marvel films do you think will fill out the schedule? Are you OK watching a Marvel flick 2-3 times in a year? Whatever the movies are, I just hope it doesn't release on the same day as one of DC's super films (which is happening with Cap 3 versus Batman v Superman), since I don't think I have the time and attention span to watch two superhero films in one day.

In the meantime, it's presumed that Marvel will make an announcement or two at the San Diego Comic-Con next week. The Escapist will have a full compliment on the scene in San Diego, so be sure and keep your eyes locked to our Comics and Cosplay and Movies and TV channels for all the news from the convention as soon as it breaks!