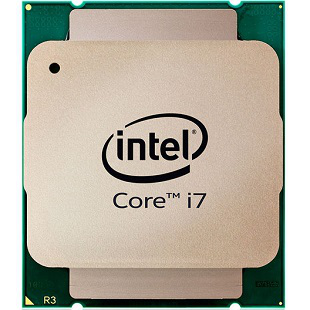 The first round of Haswell-E reviews is live!

The latest crop of Intel CPUs is upon us, complete with octacore power, and a new X99 chipset.

Along with the new chips comes a new chipset (X99), and a new socket (LGA 2011-3), and the former is more of a refinement than a revolution. The next big leap is being saved for Intel's Broadwell chips, it seems.

The one new major edition? DDR4 memory, and the X99 chipset is the first major platform to support the new standard.

So what are the bigger names in hardware saying about the new Haswell-E parts?

Intel is already buzzing about Broadwell. But it's technically taking the wraps off of Haswell-E while Haswell is still relevant. The distinction may seem trivial, but I guarantee that enthusiasts care. And although X99 Express doesn't introduce any groundbreaking functionality, it at least integrates thorough USB 3.0 and SATA 6Gb/s support.

That may sound like a tepid assessment of Haswell-E, but the truth is I'm giddy to have my hands on real high-end hardware again. Imagine a mixing bowl. Sift the idea of Intel's first desktop-oriented eight-core CPU based on its most modern architecture. Add a new memory technology. An updated chipset. Solder-based thermal interface material improving your chances of a solid overclock. And sprinkle in LGA 2011-3, which we're told will support Intel's next-gen high-end desktop chip. Folded all together, those ingredients are actually quite tasty.

X99 comes up to par with Z97 in terms of PCIe storage implemented into the RST along with a full array of SATA 6 Gbps ports and USB 3.0. In fact, the additional PCIe 3.0 lanes of the extreme CPUs (40 on all but the i7-5820K) make more sense for PCIe storage on X99, especially when it is most likely prosumers taking advantage of the newer standards.
...
The i7-5820K is on par with the i7-3960X at just over a third of the release cost. These two processors have the same core count and same frequency, but differ in their architecture, PCIe lane count and price. With the i7-5820K being two generations newer, it should afford a 10-15% performance improvement in CPU limited benchmarks. This is quite amazing if we consider the release price of the i7-3960X was $990 and the release price of the i7-5820K is $389.

With these big CPU launches, the cold hard fact of the matter is that if you primarily use your PC for gaming and overclocking, the Haswell-E is not likely for you. We live in a gaming world that is still very thread-limited and most gamers are primarily GPU-limited well before we are CPU limited. That said, gaming has made some fairly good leaps in the processor threading department, but it is hard to argue that you need more than a 4 core processor currently and most likely into the next few years. A one or two core processor will hold your gaming back, but still in the world of gaming, processor clocks are much more important than anything else on the CPU side of the argument. Pretty much any Intel four core processor running at 4GHz or above is going to serve you extremely well gaming.

Additional reviews can also be found on Hot Hardware, and PC Perspective.

Planning on scooping up Haswell-E/X99 hardware? Or are you holding out for Broadwell? Let us know in the comments.