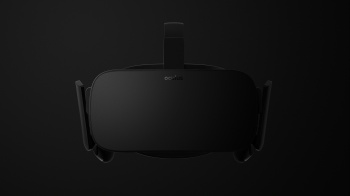 Mac users who were expecting to get the Oculus Rift at the same time as their Windows brethren may want to lower those expectations.

Now that the Oculus Rift has an official launch window, fans are understandably getting hyped up about their Virtual Reality future. After all, it has been three years since the VR headset's Kickstarter launched back in 2012. However, Mac and Linux fans may want to dial back their excitement, as Oculus has announced it is "pausing" development for OSX and Linux in order to deliver "a high quality consumer-level VR experience at launch across hardware, software, and content on Windows."

"We want to get back to development for OS X and Linux but we don't have a timeline," added Oculus Chief Architect Atman Binstock in an official blog post.

In the same post, Binstock confirmed the system specs needed for the device. "The recommended PC specification is an NVIDIA GTX 970 or AMD 290, Intel i5-4590, and 8GB RAM." However, he assured us that "This configuration will be held for the lifetime of the Rift and should drop in price over time."

These are pretty beefy specs, but given all the grunt needed to render VR at an acceptable framerate, it does seem necessary.

Meanwhile, fans and developers alike are not too happy about the "no OSX/Linux development" announcement, with one dev going so far as to post "As a game developer who thinks you've just shot yourself in the foot by abandoning OS X, I've decided to abandon Rift. My games will still be available for Windows and OS X (and Linux), I just won't support Rift."