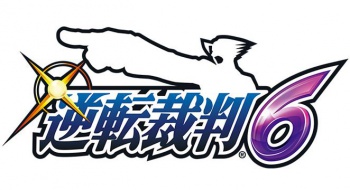 Phoenix Wright's latest adventure has a confirmed western release, though no dates at this time.

According to reputable Japanese gaming magazine Famitsu, Ace Attorney 6 will include an option for quicker gameplay, and will be worked on by series veterans Takeshi Yamazaki and Motohide Eshiro. That's pretty much all we know for now - the article did not mention any further plot details or release dates, but given by the logo (above) we can safety assume the game will star Phoenix again.

Ace Attorney - Dual Destinies was the latest game released in the series (in the west, at least), and starred Phoenix along with cohorts Apollo Justice and new character Athena Cykes.

Ace Attorney 6 will be at this year's Tokyo Game Show, which The Escapist will be attending, so stay tuned for more news!