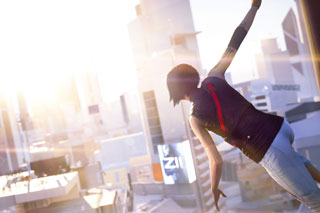 The minimum and recommended specs for Mirror's Edge Catalyst have been announced, and you're going to need quite a rig to hit the recommendations.

If you're a PC gamer looking to play Mirror's Edge Catalyst, you better make sure your machine is up to par. The minimum and recommended specs were released by EA today, and older machines need not apply.

The minimum specs aren't too bad, but they still require a CPU with at least four logical cores, 6 GB or RAM, and a GTX 650 Ti 2 GB. The recommended specs are what really catch your eye, calling for Windows 10, a GTX 970 4GB, and 16 GB of RAM. Here are the full spec lists, courtesy of the official Mirror's Edge site:

Those may be the most onerous specs I've seen in recent memory. By way of comparison, The Witcher 3 -one of the best looking games in recent memory - only required a GTX 770 and 8 GB of RAM.

Mirror's Edge Catalyst launches on PC, PS4, and Xbox One on May 26. If you pre-order the game, you'll get to try it out through an Origin Access Trial. You'll also receive a 10% discount on the digital copy for PC.