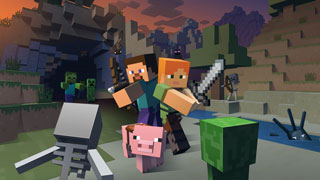 Minecraft has cracked the 100 million mark in sales.

Just in case you though the Minecraft phenomenon was starting to come to an end, let us disabuse you of that notion. Mojang's open-world game continues to be one of the best-selling games of all time, and has now passed the 100 million copies sold mark.

Mojang is celebrating with a new infographic that shows off the game's amazing success. A few random facts from that infographic:

The only game that has outsold Minecraft is Tetris, and since that game has roughly 500,000,000 copies sold, its title is probably secure.

You can check out the Minecraft infographic below. 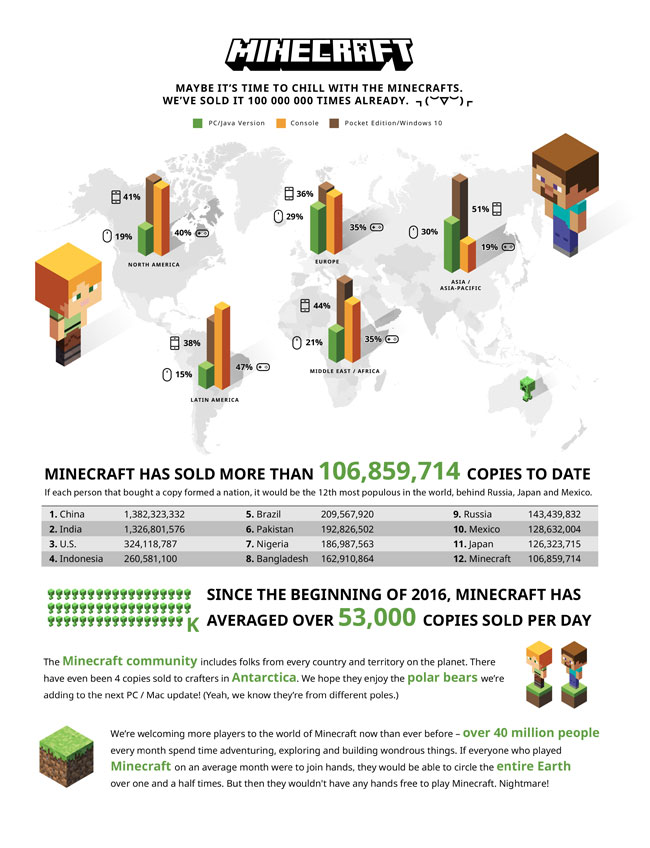