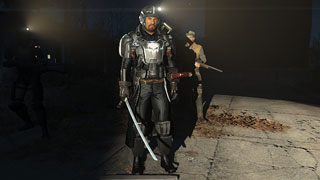 Bethesda is about to begin testing Fallout 4 mods on PS4, but they are running into some restrictions along the way.

Bethesda has updated the Fallout 4 Creation Kit to support uploading mods to PlayStation 4. This is in preparation for the launch of mods on the console later this month.

Along with this update come some new issues that are unique to the PS4. First up is the mod size limit. On Xbox One, that limit is 2 GB. On PS4, it is currently set to 900 MB. The second issue is that when using PC textures, memory and performance issues pop up. Finally, sound files are currently not supported for PS4 mods, as the console uses a proprietary sound format.

Bethesda is aware of all of these issues, and is currently working with Sony to correct them. That said, this could be a setback to modding on PS4 until they are resolved.

The private beta for Fallout 4 PS4 mods should be starting soon.

Check Out the PAX Prime 2015 Show Floor in Pictures! ffronw 1 Comment
Comments on