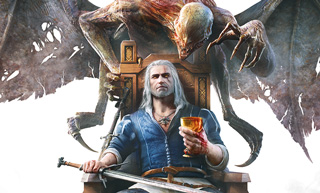 Your old Witcher 3 console save games won't work with the upcoming Game of the Year Edition.

If you've been waiting for The Witcher 3 Game of the Year Edition rather than buying all the DLC, you should know that your old console saves won't work with the new edition. The news came to light when CD Projket Red's community Lead Marcin Momot posted it on the game's official forums, saying,

"The save files on consoles won't be compatible between different game versions (GOTY vs regular version) as they are treated by systems as separate products. This is something that's not up to us. Sorry."

Luckily, Momot went on in a later post to confirm that those of us playing The Witcher 3 on PC will be able to use our old saves. He also points out that since the GOTY edition doesn't include any new content, anyone who owns the base game already should "consider buying the Season Pass, as it will be the more economical option. Content-wise, you will have the same stuff as the person who will have purchased the GOTY edition. Of course, if you really want to support us, we will not mind if you get another copy of The Witcher 3 in the form of the GOTY Edition. Thank you in advance for your generosity."

In short, if you have the game already, you're better off buying the Season Pass than the GOTY Edition. But if you want to have an on-disc version of The Witcher 3 that includes all the content and patches released to this point, or you just want to support the developer, the GOTY Edition is for you.

The Witcher 3: Wild Hunt Game of the Year Edition is releasing on August 30 for PC, PS4, and Xbox One.