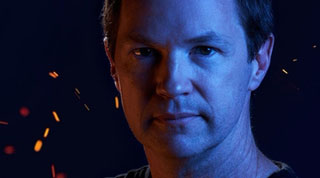 Former Blizzard exec Rob Pardo has announced the opening of Bonfire Studios, a new venture based in Irvine, California.

Rob Pardo left Blizzard in 2014 after 17 years with the company. Since then, he's been under the radar, but yesterday he found himself in the news again, this time for founding a brand new game developer. Bonfire Studios will be based in Irvine, California, the home of Blizzard. Speaking about the new studio, Pardo said,

"Game developers live the dream scenario where passion meets work. We don't view our week as something to get through so we can really live on the weekend. But often, developers must compromise and decide-- do I work on a blockbuster game where I have less personal impact or the gutsy indie studio that struggles to get noticed? Our vision is to create a studio that doesn't require them to choose."

Judging from Pardo's comments, the studio will employ several small teams, each with a lot of autonomy. He describes them as "small but powerful and diverse superhero teams, like the Avengers." He also said that wants to keep management out of the way of game development, a move that I am sure the developers will appreciate.

"We believe you can create epic games with small teams of talented, self-driven game developers, where each team is deeply connected to their players and empowered to make the best decisions to evolve their game without bureaucracies, committees or middle management in their way."

The new company is being funded initially by some familiar names. The New York Times reports that Bonfire raised a combined total of $25 million from Riot Games and the venture capital firm Andreessen Horowitz. In an earlier round of investing, former EA CEO John Riccitiello and some other unnamed people threw in as well.

There's no word on what sort of games the company plans to develop, or what platform they might appear on. That said, Pardo has formed a pretty solid team at Bonfire, at least if the announced members are any indication. He's joined by former Blizzard colleagues Matthew Versluys (former Battle.net director), Nick Carpenter and Josh Mosqueira (former creative director for Diablo 3).

You can check out the new studio on its official website.