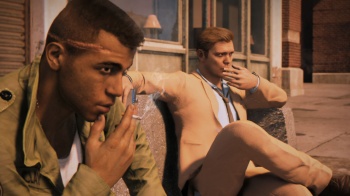 The PC version of Mafia III is currently locked at 30 FPS, but 2K claims a 60 FPS patch is coming soon.

Bad news for the PC gaming master race today, it seems that the PC version of Mafia III is locked at 30 FPS, at least for the time being. This is a rather big deal, as the game launched today and 2K hadn't mentioned this limitation anywhere. The good news is that a post on the official Mafia blog recognizes the problem, and states that a patch is in the works to allow 60 FPS + modes on the PC.

"We currently have a patch running here at the studio that includes 30, 60, and unlimited frames-per-second options in the video menu, among other improvements for the PC version of Mafia III. We're verifying the patch now to ensure everything is working as expected. If everything goes well, we expect the update to go live this weekend. We will be keeping the PC community up-to-date on the status of the patch throughout the weekend and thank you for all the feedback!"

In an earlier statement, 2K said that "We're actively considering a number of additional post-launch improvements on PC that would give players more control over how they can tailor the game's experience to suit their rig's performance."

It seems very strange that this limitation has been applied to the PC version, and certainly doesn't bode well for the quality of the game's PC port. If you're a PC gamer, I would definitely wait for the PC reviews to come in before picking this one up.