The Black Mesa team has finally revealed its first look into the long-in-development Xen chapter of the game.

Black Mesa has been a noble effort: an attempt to re-master the original, dated Half-Life in the Half-Life 2 source engine. The game was actually first released for free all the way back in 2012 (!) but was missing the final chapter: Xen. A lot has happened since then, including the mod going retail and getting various makeovers... but still no Xen. Now, the team has finally given us our first glimpse into the revamped chapter with the following screenshot: 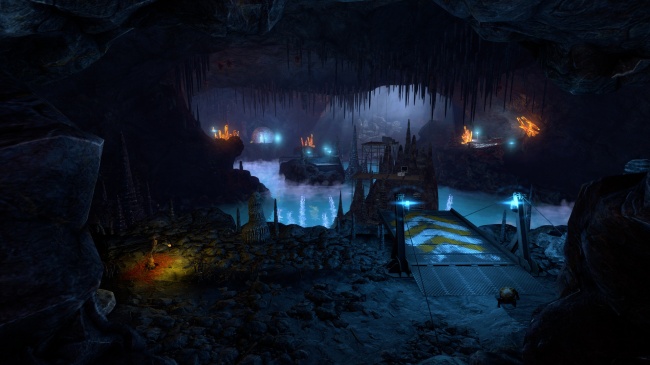 Compare that to this image of the original Half-Life's Xen and you can maybe see what's causing the hold-up!

"The team remains, as always, hard at work on Xen! Currently our specific focus is on gameplay: crafting a fun and cohesive experience from start to finish," reads a post on the official Black Mesa forums. "We want our version of Xen to feel like it really belongs with the rest of the game in terms of mechanics, cohesion, and progression. But we also want to push the boundaries and explore this unique and varied setting; to build an experience that feels both fresh and familiar to players from all walks of Half-Life veterancy. While our Xen is certainly going to be gorgeous, we are first and foremost really committed to making sure that the gameplay works on every level."

While there is still no concrete release date for Xen, the team did state that "We will have more media for the community in the coming months, as well as more detailed updates as to how we are progressing."