The full list of PS4 trophies for Mass Effect: Andromeda has leaked. Be warned: there are spoilers.

If you've been wondering what the PS4 trophies for Mass Effect: Andromeda will look like, you don't have to wait until launch to find out. The full list has already leaked online. As you might imagine, the list contains some minor story spoilers, so if you don't want to see them, we'd suggest not looking below this picture. 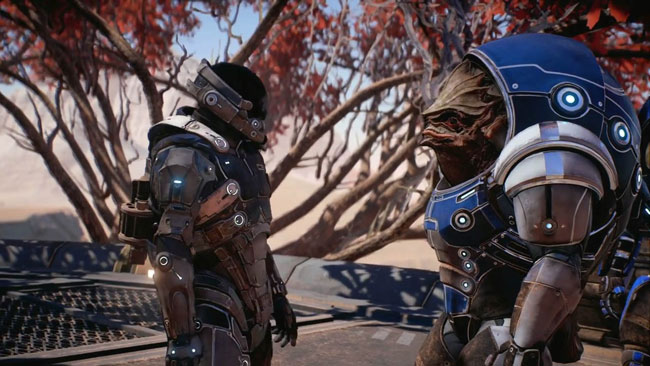 There are a few noteworthy trophies here, including one of my favorites: Fastball. All you need to do for that is throw an enemy into another enemy 25 times. There's also Matchmaker, which rewards you for completing a romance with three different characters across all playthroughs.

Below you'll find the full list of trophies, as posted by Exophase. Mass Effect: Andromeda is coming to PC, PS4, and Xbox One on March 21.