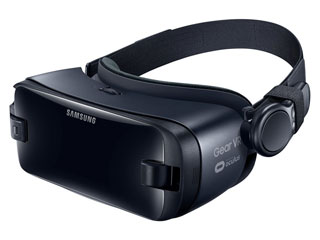 In the wake of its court victory over Oculus, Zenimax is now taking aim at Samsung's Gear VR.

After winning a $500 million judgment against Oculus on various grounds, Zenimax is now expanding its legal pursuits to a suit against Samsung, specifically over its Gear VR headset. The suit was filed in the Dallas Division of the United States District Court for the Northern District of Texas, the same court that heard the Oculus case (you can read the entire court document here).

The suit alleges that Oculus CTO John Carmack came up with the idea that led to the creation of Gear VR while working at id Software. According to the suit, Carmack brought Matt Hooper, who had been recently fired by Zenimax, into the id Software offices after hours, and, "left Hooper unattended, free to examine ZeniMax confidential materials, at which point Hooper went alone into offices where ZeniMax maintained and stored confidential information." Zenimax said that Carmack failed to disclose Hooper's presence, and that it only learned of the late night visit through reviewing security camera footage.

Later that night, the suit says, Hooper emailed his contacts stating that he and Carmack had "formulated an 'attack plan' for the mobile VR work that they would undertake together at Oculus, and which Oculus would subsequently provide to Samsung.

Zenimax claims that the Gear VR headset is built on Zenimax technology, and therefore infringes on its IP rights. The suit seeks punitive damages, a percentage of the profits earned from the sales of Gear VR, injunctive relief, and of course, court costs.

It sounds like this may hinge on the outcome of the motion that Oculus has already filed seeking a new trial in the prior case. If the suit were to be successful, it could be pricey for Samsung, as it announced in January that it had already sold five million Gear VR headsets.

Half Vive The Wooster 36 Comments

e3 2014: nDreams Shows the Secret Cult of The Assembly On Oculus Encaen 0 Comments