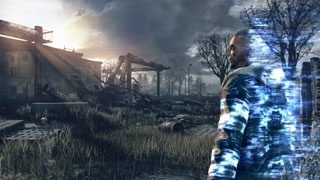 In the wake of yesterday's horrific attack at an Ariana Grande concert in Manchester, Bandai Namco has pushed back the release date of Get Even to June.

Get Even will be coming out about a month later than planned, as Bandai Namco has delayed the survival horror game after the terrorist attack that took place at an Ariana Grande concert in Manchester, England that killed 22 and injured 59. The delay was announced in an official statement, in which a company representative said,

"Given recent events and out of respect we have decided to postpone the commercial release of Get Even to June 23rd. We would like to express our deepest condolences to everyone concerned."

The game was originally scheduled to launch this Friday, May 26 on PC, PS4, and Xbox One, but will now hit stores on June 23 instead.

If you haven't followed Get Even, it's a psychological thriller developed by The Farm 51. You are placed in the shoes of an amnesiac who wakes up in a run-down asylum with only a phone and a gun. You're apparently out to get even with someone, but who and for what aren't clear.

You can find more info on the game over at its official website.