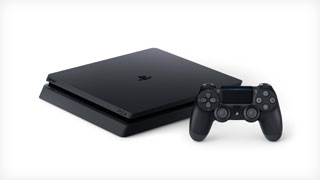 If you've been waiting for the price of the PS4 to drop before you bought in, there's a temporary drop coming for E3.

Sony is planning to cut the price of the PS4 temporarily starting June 9. Speaking to USA Today, the president and global CEO of Sony Interactive Entertainment, Andrew House, said that the company will cut the price of PS4 from $299 to $249 between June 9 and June 17.

In addition, House mentioned that there will be be additional discounts available on software and accessories, although those were not detailed.

According to House, Sony has sold 60 million PS4 units so far, and roughly one in five of those units has been a PS4 Pro. He also said that the company now has 26.4 million PS Plus subscribers.

Although some retailers, like Amazon, are already selling the PS4 at that price, it sounds like this temporary price cut will be more widespread than that.

We can expect to hear much more from Sony during its E3 press conference, which kicks off at 9 PM ET on Monday, June 12.