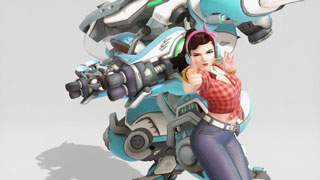 This weekend, you can earn double XP in Overwatch, plus get your last shot at items from the Anniversary Event.

The Overwatch Anniversary Event is drawing to a close soon, and Blizzard is kicking off a double experience points weekend to finish out the celebration. You can start earning double XP Thursday, June 8 at 8 PM ET, and the bonus will continue until the Anniversary Event ends on Tuesday, June 12 at 2:59 AM ET

The bonus will double pretty much every sort of experience you can earn in Overwatch, and will stack with group and internet game room bonuses. In fact, there's only source of XP that it won't double - the First Win of the Day bonus, which will remain at 1500 XP.

This weekend is also your last chance to acquire items from the Anniversary Event, including the dance emotes, which Blizzard has confirmed will be exclusive to the event.

If you're hoping to grab all those dance emotes, you better jump into Overwatch and get busy.