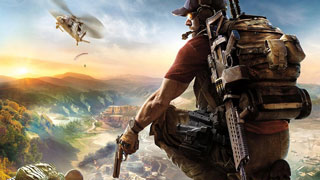 There's a new title update coming to Ghost Recon Wildlands today, and it's adding a new Tier 1 mode with an increased level cap and higher difficulty.

If you saw that Ghost Recon Wildlands was offline earlier today, don't panic. The game wasn't broken, it was just getting a big update. Title Update 5 brings a level cap increase, number of balance updates, big fixes, and a brand new game mode.

Tier 1 Mode will add a new difficulty option, and can be activated after you reach level 30 in the base game. Once you activate it, you'll start at level 50 and work your way downward to level 1 by earning Tier Points, which will apparently work similar to XP. Tier Points also unlock rewards.

Ubisoft has posted the complete patch notes for Title Update 5, and you can read them below. Here's a trailer for the new Tier 1 Mode as well.

*Please note that this pop-up will only be displayed the first time you start the game with the UAC feature enabled.