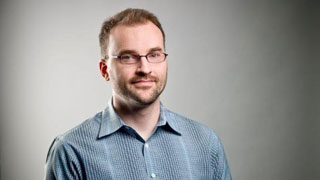 There's some surprising news from Bioware today. Longtime fixture Aaryn Flynn, who is currently serving a General Manager of the company, has announced that he's leaving the company after 17 years. While that news does come as a bit of a shock, that's not the only surprise. Flynn's replacement as General Manager is none other than Casey Hudson, the former project director for the Mass Effect series who left the company three years ago.

In a post on the Bioware blog, Flynn wrote,

"I have been contemplating changes in my own life for some time, but when I heard that Casey [Hudson] had confirmed he was up for the task, I realized the opportunities before us. I will be working with him over the next couple of weeks to help catch him up and do my part to set him up for success to be the best GM he can be."

Hudson also wrote a blog post today titled "Coming Home." In it, he says, "I'm thrilled to have the opportunity to return to lead BioWare - a studio that I think of as home."

Hudson returns to the company that finds itself at a crossroads. After the less-that-stellar reception that Mass Effect: Andromeda received, and rumors that the planned single-player DLC was canceled, Bioware is looking to the recently-announced Anthem to help right the ship.

Just how Bioware goes forward under Hudson's leadership remains to be seen, but one thing is certain: gamers will be keeping a weather eye on Anthem's progress.