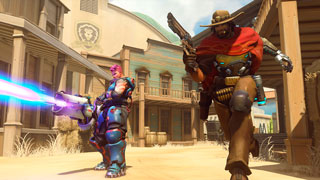 Blizzard says it wants to create a "truly welcoming environment" for Overwatch.

If you've been hoping for Blizzard to crack down on bad behavior in Overwatch, you're about to get your wish. The company plans to add new reporting tools to the game in the coming months, and to begin issuing "increased penalties" for bad behavior immediately.

The news comes in a post on the game's official forum from Overwatch Community Manager Lylirra. The post says in part,

"We believe that our in-game reporting and player penalty system is one of our most important features, and it's something we want to invest in significantly over the next year. To this end, effective immediately, we will be issuing increased penalties to players in response to verified reports of bad behavior. In Overwatch, that means anything from abusive chat, harassment, in-game spam, match inactivity (being intentionally AFK), and griefing. If you see someone engaging in any of these types of behaviors, report them. Players in violation will be silenced, suspended, or even banned from the game as a result."

As for future plans, the post says, "Over the next several months, we have plans to make additional improvements based on your feedback, including scaling competitive season bans, a notification system that will alert you when a player you've reported is actioned, and functionality that will allow us to more aggressively penalize players who attempt to abuse the in-game reporting tool." Lylirra also writes that Blizzard plans to bring an in-game reporting system to PS4 and Xbox One, and that the company is "actively working on the feature."

It's good to see Blizzard working to improve behavior in the Overwatch community. It only remains to be seen how effective the company's planned measures will be.