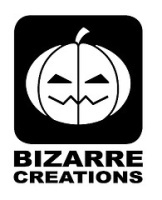 Under the terms of the deal, Bizarre will operate as a wholly-owned subsidiary of Activision, with its current management team and employees continuing to work on in-progress efforts, as well as two new titles. Bizarre is currently finishing work on the third-person shooter The Club, due in early 2008 for the PC, Xbox 360 and PlayStation 3.

"Activision continues to grow and drive greater value for our shareholders by broadening our portfolio and entering new gaming categories with strong global appeal," said Activision CEO Robert Kotick. "Bizarre Creations is the leading independent developer with a proven track record in developing highly successful and influential original properties, especially in the racing field. They are one of the most innovative and creative studios in the industry, and we are very excited to welcome this talented creative team to Activision."

"Activision's independent studio model will continue giving us creative freedom to build exciting new brands," Bizarre Creations Managing Director Martyn Chudley said. "Their financial support and marketing prowess will also enable us to build upon the commercial success that we currently enjoy, and take the company - and our games - to an even higher level."

Financial details of the acquisition have not been released. Activision expects the first post-takeover release from Bizarre Creations to come sometime after fiscal year 2009.