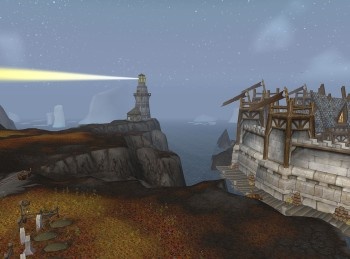 Stop the presses! Blizzard has revealed the shocking news that Wrath of the Lich King, the recently-released expansion to the most popular MMOG in the universe, sold like gangbusters on release day.

Sales of the highly-anticipated title were helped by midnight launch events held at over 15,000 stores worldwide, several of which were attended by Blizzard reps who talked with players and signed copies of the game. "We're grateful for the incredible support that players around the world have continued to show for World of Warcraft," said Blizzard CEO Mike Morhaime. "Wrath of the Lich King contains some of the best content we've created for the game so far, and we look forward to seeing even more players log in to experience it in the days ahead."

Bob McKenzie, GameStop's senior vice president of marketing, added that in just one day, Wrath of the Lich King had become the retailer's best-selling PC game for 2008, and one of the year's most successful games overall. And despite its age, the World of Warcraft behemoth shows no signs of slowing down; in fact, Blizzard announced in late October that the subscriber base for the game had broken 11 million people worldwide.

(Gang Busters, by the way, was a popular 1930s G-Men radio serial that opened with a loud, attention-grabbing blast of sirens, screeching tires and machine-gun fire. Since then, the term "like gangbusters" has come to mean anything that happens forcefully and aggressively. Now you know.)