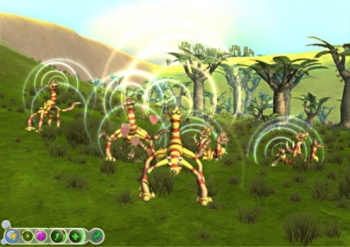 Anti-piracy measures be damned; Spore takes the cake this year with the highest number of illegal PC game downloads on BitTorrent.

Instead of halting software piracy, the initially harsh DRM implemented in Will Wright's evolutionary masterpiece Spore seems to be having the opposite effect. TorrentFreak reports Spore is the most illegally downloaded game on BitTorrent this year, with an estimated 1.7 million downloads and counting. That's also not counting other forms of software piracy.

Previously, EA's Mariam Sughayer minimized early reports of a high volume of illegal Spore downloads. "People need to recognize that every BitTorrent download doesn't represent a successful copy of a game, let alone a lost sale," said in an interview with Gamasutra this fall. Suhayer noted some individuals EA spoke with reported incomplete or glitchy downloads. Even so, TorrentFreak stands by its figures.

For 2008, Spore topped TorrentFreak's BitTorrent list with over 1,700,000 estimated downloads. Another EA hit, The Sims 2, came in second at about 1,150,000. Assassins Creed takes third with 1,070,000. Here's the full list and the total number of estimated BitTorrent downloads for each title as of last week.