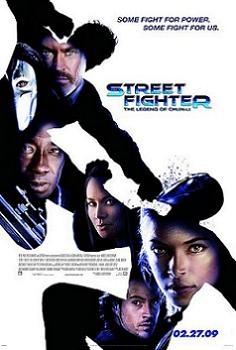 For anyone still holding out hope that Street Fighter: The Legend of Chun-Li won't turn out to be crap, here's some disheartening news - critics won't be getting advance access to the film before its Feb. 27th release.

Denying critics a chance to see - and review - a movie before it releases is rarely a good sign. For would-be moviegoers, it means that they'll either have to wait until it's been out a while, or risk going in blind on opening night without knowing what they're going to see. But more importantly, as The Cut Scene points out - it means that the studio doesn't have confidence in the product. After all, if you think your movie's going to be a smash hit, why withhold potential positive press?

Of course, given what happened the last time Hollywood tried to make a Street Fighter movie, it's not like you'd have to be Nostradamus to predict that Legend of Chun-Li will be a stinker. Still, this seems to all but confirm fears that Hollywood will never be able to make a good videogame movie. Well, excepting the first Mortal Kombat, of course.

I'll still probably end up going to see Chun-Li myself if only because A.) Kristin Kreuk is smokin' hot, and B.) judging from the trailer, it should have some pretty decent action scenes if nothing else.

Of course, for a proper Street Fighter experience that doesn't suck, I'll be mowing down chumps via XBL with Sagat. Maybe Chun-Li once or twice - after all, the poor girl could use a confidence boost in the face of the impending movie.

Gallery of the Day: 8 Examples of Why Video Game Graffiti is the Best DrStrangelove 1 Comment