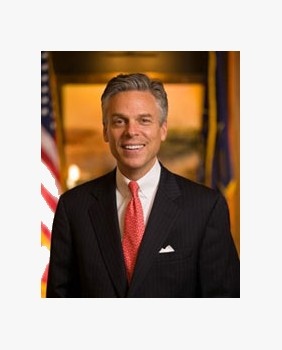 In a surprise development, Utah Governor Jon Huntsman has vetoed HB 353, the controversial bill that would have exposed retailers to lawsuits if they mistakenly sold M-rated videogames to underage customers.

Bill HB 353, originally drafted with the help of disgraced former attorney Jack Thompson, easily passed both the Senate and the House of Representatives in Utah before being sent to the Governor for final approval last week. While it appeared to be deeply flawed, most observers predicted Huntsman would not exercise his veto power because of the bill's purported protection of children. But the Governor has surprised us all by taking note of what the bill's supporters chose to ignore: That it would only serve to drive Utah retailers away from the highly-effective ESRB rating system.

"After careful consideration and study, I have decided to veto HB 353, Truth in Advertising Act Amendments, and have transmitted it to the Lieutenant Governor for filing," the Governor said in a message posted on Saintless (via GamePolitics). "While protecting children from inappropriate materials is a laudable goal, the language of this bill is so broad that it likely will be struck down by the courts as an unconstitutional violation of the Dormant Commerce Clause and/or the First Amendment."

"The industries most affected by this new requirement indicated that rather than risk being held liable under this bill, they would likely choose to no longer issue age appropriate labels on goods and services," he continued. "Therefore, the unintended consequence of the bill would be that parents and children would have no labels to guide them in determining the age appropriateness of the goods or service, thereby increasing children's potential exposure to something they or their parents would have otherwise determined was inappropriate under the voluntary labeling system now being recognized and embraced by a significant majority of vendors."

Thompson has apparently told GamePolitics that the bill's supporters intend to override the Governor's veto, which can apparently be done if two-thirds of the Senate vote to do so. Whether there is actually enough die-hard support for the bill to carry the fight to that level is unclear.

"This is an absolute win for families," ESA CEO Michael Gallagher said in a statement. "Utah's parents will benefit from Governor Huntsman's leadership and thoughtfulness on this issue. His decisive action helps caregivers and prevents businesses from being opened to unproductive, wasteful civil litigation and needless expense. Parents can be assured that the strength of the ESRB rating system remains intact and continues to serve as a valuable resource and will continue to effectively serve them."