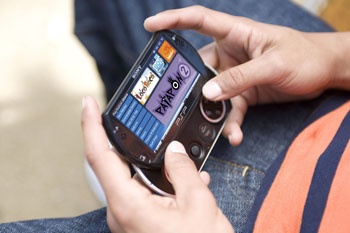 Nedgame, Holland's largest videogame retailer, has announced that it will not be selling Sony's PSPgo when the handheld launches in October.

If you're a gamer in the Netherlands accustomed to shopping for your hardware and software at Nedgame - the Dutch equivalent of GameStop - and you're looking forward to the new iteration of Sony's portable PlayStation, you're going to have to look elsewhere: Representatives of the chain told Eurogamer Holland that the company would not be stocking the device for its October launch ... or, presumably, for ever.

The other reason is also financial: The PSPgo, operating entirely on digital downloads, will not use UMDs, removing the most lucrative part of the deal for retailers - game sales. The profit margin on consoles and hardware is often much smaller than that on games and software, and many retailers often don't apply employee discounts to hardware for this very reason. As the PSPgo's games will be tied to one's PSN account, trading and selling used games will effectively be impossible, and Nedgame is uncomfortable "at Sony creating a monopoly on the software sold on PSPgo."

It's ... actually rather difficult to find fault with Nedgame's reasons, here. They're absolutely correct that their potential profits would be a ghost of what they would be for, say, the DS (or current PSP, for that matter) and the hefty price tag would mean that the PSPgo might just be sitting and taking up valuable shelf space in stores. Apparently, Nedgame isn't the only Dutch outlet boycotting the PSPgo - nor the only European outlet, for that matter. If you can habla Español, Eurogamer Spain says that local retailers may be thinking the same thing.

Psychonauts and the Tragedy of Used Games Andy Chalk 38 Comments

The Future is Still Retail Shamus Young 137 Comments
Comments on