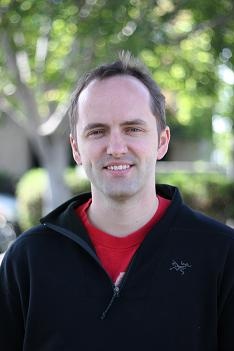 Ten years after EverQuest popularized the modern MMORPG, the game (and the genre) have changed. Lead Designer Ryan Barker thinks that MMOGs are much more casual friendly these days - and frankly, that's not a bad thing at all.

EverQuest may not have been the first MMORPG, but its launch in March of 1999 birthed the modern MMOG as we know it, influencing later games from Dark Age of Camelot to the mighty WoW. Ten years and fifteen expansion packs later, the game may not be reigning supreme, but it's still chugging along - a new expansion, The Underfoot, was announced at the Las Vegas Fan Faire in June. Our sister site WarCry spoke with the game's Lead Designer Ryan Barker about the evolution of EverQuest and the MMOG space over the past ten years.

By today's standards, the first EverQuest was a brutally punishing game. This was the game that led to the popularity of the term "poopsocking," after all - and yes, it's exactly what it sounds like. Dreadful penalties for death and lethally hazardous zones (to help nudge you along to said penalties) might not fly in the modern space as they did back in 1999, but nostalgia aside, Barker - who has been playing EQ as a bard since beta 4 and who joined the team in 2001 - doesn't think that's necessarily a bad thing:

The market is much more casual player friendly then it was when EQ was first launched. Things like corpse loss, massive week long rare spawns and such aren't tolerated in the new order of MMO design. I look back at those things with slightly rose colored classes in that they're great things to get together and talk about with your buddies, but it's always more or less "oh man, remember how much that sucked!" I think it's good that we've moved beyond that. We've definitely made efforts to make the game more appealing to a broader range of play styles.

On the other hand, a game shouldn't ignore its devotees either, and Barker thinks it's crucial for developers "to cater a portion of our content to the higher end players that really enjoy a difficult challenge at the same time." In other words, perhaps more MMOG developers should look at giving people "Easy Mode" and "Hard Mode" content?

One might argue that the single most important development in terms of creating a game that was casual-friendly - if not necessarily easy - was the concept of the "instanced dungeon." Before, all dungeons were out in the open world, meaning that if players wanted to venture in search of epic lewt, they had to do so while competing against everyone else. Comparatively, instances gave everybody their own dungeon to adventure through, removing the competitive nature.

Whether or not this was the most important development in making MMORPGs more accessible is up for debate, but Barker thinks that the addition of instances was "the biggest shift" in EverQuest since its original launch: "Nowadays it's standard for an MMO to have this system, but at the time it was very rare. It completely changed the way we do content from then on. Having a dynamic system that adapted itself to the number of players that were interested in doing the content was the biggest shift I've seen during my time here."

As far as other debated facets of the MMOG space are concerned, Barker thinks that, well, there's plenty of room for all of it. Casual content and hardcore content, heavily guided games like WoW and build-it-yourself games like EVE, microtransactions and subscriptions alike all "appeal to different types of players."

Ryan Barker is adamant about one thing, though - when asked what single thing he would tell the original EQ dev team if he suddenly came into possession of a time machine, he responded: "Complete Heal, don't do it! :)" And if you're a former (or current) EQ player, you'll probably understand why.

The full interview with Ryan Barker can be found over at WarCry.