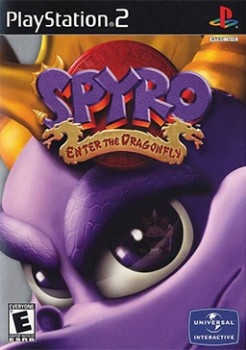 An attorney in the U.S. is looking for people with children who have suffered seizures as a result of playing videogames, apparently to take part in a planned class action lawsuit against the industry for its failure to "fix" the problem of seizures caused by gaming.

Personal injury attorney Michael P. Kenny of Kenny & Kenny originally filed suit against Sony and Vivendi in 2007 over claims that "seizure triggers" in the 2002 game Spyro: Enter the Dragonfly caused a seizure in a four-year-old boy who was watching his brother play the game. The lawsuit is just now entering the discovery phase.

"The videogame companies know there is a problem, and they choose not to fix it," Kenny said in a press release. "The videogames seizures have a cause, and the manufacturers choose not to correct it." Saying that he intends to represent victims of videogame-induced seizures across the U.S., he added, "Without federal legislation to compel the video game companies to take action, we have no choice but to litigate on behalf of the victims."

To that end, Kenny has put up a site at videogameseizures.com, seeking parents of children aged five to 18 who may have been the victims of gaming-induced seizures. "Your child may already be suffering the ill effects of video gaming," the site says. "Players may experience small lapses in consciousness, excessive blinking, eye twitches, and other symptoms, all the way up to grand mal seizures associated with full-blown epilepsy." In a television-style advertisement on the site, the attorney goes so far as to claim that the videogame industry's "dirty secret" can even result in death.

Television broadcasters in the U.K. use the Harding Flash and Pattern Analyzer to look for "seizure-inducing light movement" in television broadcasts, Kenny said, and the U.S. government has a limit the number of flashes per second in the warning strobe lights in government facilities. "Yet videogame manufacturers have not taken the same steps to protect our children at play," he claimed.

I'm not sure how the fact that most, if not all, videogames already carry warnings about the possibility of seizures will affect Kenny's planned suit; it's unclear whether he's seeking clearer warnings about the potential for seizures or an elimination of all potential seizure triggers from videogames before they're released. Whichever it is, I'm sure that hefty sums of money will also figure prominently; along with Sony and Vivendi, Kenny is suing the retailer who originally distributed the "defective product."