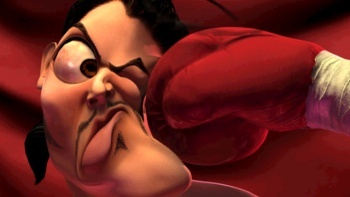 Electronic Arts has announced that it will be shutting down the online servers for several EA Sports games in February, most because of their age but at least a few, apparently, because they suck.

25 games from a wide range of franchises and platforms will get the ax on February 2, although EA warned that related services such as "certain community programs" may be taken down before that date. The full list of games losing server support is as follows:

EA claimed in the announcement that the shutdown would affect "some older titles" but there are an awful lot of '08 and '09 games in that list, not exactly what you'd call long in the tooth. Some of the shutdowns are fairly obvious - the European NASCAR servers, for instance, and I don't think many tears will be shed over the demise of Facebreaker - but a few are rather surprising, the mighty Madden series foremost among them. An occasional housecleaning is one thing, but pulling the plug on Madden 09 barely a month into 2010 somehow seems a bit more ominous. The full announcement can be read at ea.com.