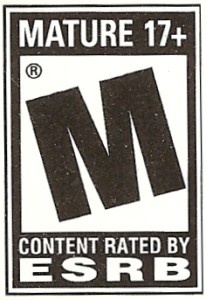 Parents are actually considering the ESRB ratings of the games they purchase, according to a survey organized by Activision.

The results of a survey conducted by Activision's Ratings Are Not A Game initiative reported that 70% of parents pay "close" attention to ratings of games they are buying for their kids. The survey was conducted online by The Harrison Group with 1,201 respondents, aged 6 to 44.

Other statistics generated by the survey were that 63.0% of all parents also consider themselves a gamer, and that number grows to 83% if the parents are 35 years of age or younger. 82% of all gamers said that they knew about ESRB ratings, and 75% of children responded that they were aware of them as well.

The information reported is encouraging for the gaming community, as it routinely fends off attacks of indecency by parenting groups. Activision would like to pat themselves on the back for a job well done, as Mike Griffith, Activision Publishing President and CEO, said:

Parents rely on and value the ESRB ratings in helping them decide which games to allow their children to play. Our 'Ratings Are Not A Game' education initiative underscores our commitment to helping parents better understand and utilize the ratings system as they select age appropriate games and determine the best way for the entire family to enjoy the gaming experience.

The survey drew criticism from some. "I see some significant problems with this survey," said Gamespolitics commenter, nighstalker160. "An "online survey" about videogames is likely to attract a sample bias, the parents who respond to such a survey are likely to be more tech/game/internet savvy than others and are therefore more likely to be the ones who know about the ESRB."