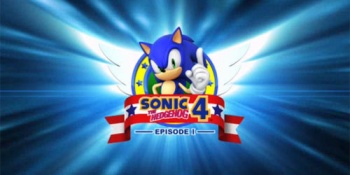 A group of Sonic the Hedgehog fans dismayed by the few seconds of Sonic 4 gameplay we've seen thus far has announced that they will be boycotting Sega by buying a different Sonic game. That'll work.

Let's file this one under "Gamers don't know what boycotts actually are anymore": A group of old-school Sonic fanboys are apparently very unhappy by the less-than-a-minute of unfinished, early-development footage we have seen of Sonic the Hedgehog 4: You Wish it had Pikachu in a Sombrero. Said group of fanboys has announced that until Sega makes Sonic 4 just how they want it, they will be boycotting the game.

That is, they will be boycotting the game and buying the original Sonic the Hedgehog instead.

Fans of the sonic series are like most sega fans, we want their old games brought back to the glory days when sega was pretty much the power in video games. Seeing the gameplay of sonic 4 has made many of us realize what we already knew, Sonic 4 will simply not be anywhere near as good as the original sonic games. Either way, We will decide to finally show sega what the fans truly want. A real sonic 4, as long as sonic 4 stays the way it is, we will not buy it, we will in fact buy sonic 1 on release in protest of sonic 4, till we end up with a re tool, or change, we want sonic in hd, not sonic RUSH HD. We will not buy a future sonic game, till we get a true successor to sonic 1/2 [sic] [Yes, that whole thing]

Game Theory: How Fast is Sonic the Hedgehog? MatthewPatrick13 20 Comments

Uncivil War: Sonic the Hedgehog - Who Can Kill Less Robots? Jim And Yahtzee 37 Comments
Comments on