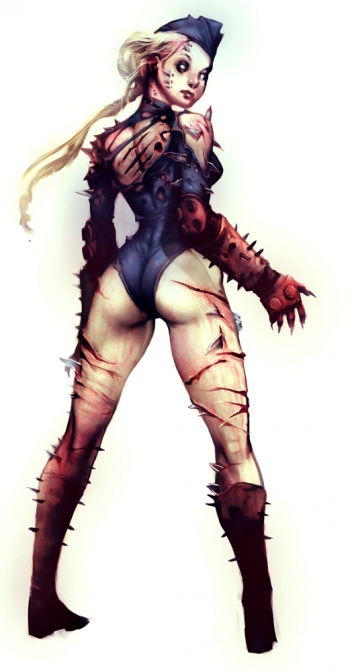 A Capcom fan with bags of artistic talent has given the Street Fighter universe a dose of the T-Virus.

Fan art tends to come in two flavors: Really awful and really awesome. Fortunately, artist Manuhell is firmly in the second camp and has created a series of artwork showing Street Fighter characters with a dash of Resident Evil for our delectation.

As well as zombie Cammy - which was inspired in part by Melinda Clarke's character in Return of the Living Dead 3 - there's zombie versions of Ibuki and Ryu as well as Licker/Blanka hybrid and more besides.

This kind of fan art is one my favorite things about gaming - except for the actual games themselves, of course - and Manuhell's is some of the best I've seen. It's really great to see someone using gaming as the inspiration for something creative, especially when the end result looks so good.

Best of all, apart from just looking nice, it fires the imagination for other Capcom mash-ups; how does Dead Rising starring Mega Man sound, or an Ace Attorney game with Devil May Cry's Dante as the main character?

Manuhell's full gallery, which touches on elements of gaming and other elements of geek culture pretty often, can be seen here.