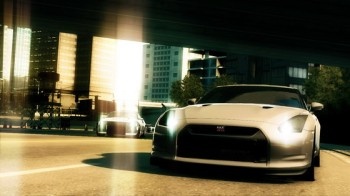 The city of Vancouver is feeling the impact of the recession on the videogame industry as Electronic Arts has canceled plans to open a new operation in the city while rumors fly about the possible closure of another.

Develop has reported that speculation is running high regarding the closure of EA’s Vancouver-based Black Box studio. The rumors follow news that EA has lowered expectations for the 2009 fiscal year and will be increasing the number of layoffs beyond the originally announced six percent of its employees as well as reducing the number of franchises it publishes in 2010. The poor critical and commercial performance of Need For Speed: Undercover is blamed for the trouble at Black Box, and the franchise could be headed to the nearby EA Canada studio in Burnaby as a result, if it’s not dropped from the EA lineup entirely.

Meanwhile, the publisher also revealed that it has killed plans to open a new studio in Vancouver as a result of slow Christmas sales and the overall sluggishness of the economy. Planning for the new studio began about a year ago, company rep Colin Macrae said, but EA has now leased the 20,000 square-foot premises to another tenant. “These are challenging times, they’re uncertain times for our industry and across the board,” Macrae told The Globe and Mail. But he emphasized EA’s commitment to the city, adding, “We continue to be firmly rooted in Vancouver.”

We’ve contacted EA for comment and will update when more information becomes available.