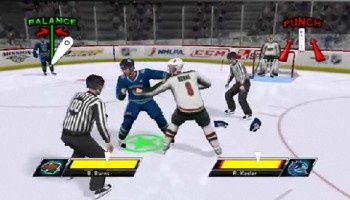 The Nintendo Wii is the first current-gen console to hit one million unit sales in Canada, and it’s all thanks to hockey fights.

A CTV report says the Nintendo console sold just under 1,060,000 units in Canada as of the end of July, compared to 870,000 Xbox 360 consoles and 520,000 PlayStation 3 systems. According to numbers compiled by the NPD Group, the Wii actually sold more than the combined unit sales of the PlayStation 3 and Xbox 360 over the first seven months of 2008, and managed to reach the milestone ahead of its competitors despite being released a year behind the 360.

The success of the Wii is driving an overall boom in the Canadian videogame market, which was up 54 percent over the previous year as of the end of July. Eight of the top ten best-selling games in Canada were Nintendo titles, five for the Wii and three for the DS, and while Nintendo systems are undeniably popular around the world, their particular success in Canada can ironically be traced back to something the console isn’t known for: Brutal, bloody violence.

2K Sports is preparing to release the highly-anticipated NHL 2K9, you see, and included in that game is a brand-new “fighting engine” that will actually let Wii owners simulate on-ice brawls with the wireless remote. As every good Canadian knows, “If you can’t beat ’em in the alley, you can’t beat ’em on the ice,” and thus the opportunity to pummel the sweet holy hell out of your opponents every time they even look at the puck, with actual fist-swinging motions no less, is not only great fun, but also a patriotic duty.

Reports that the Wii Remote can also be used for cross-checking, high-sticking, face-washes, overhand clubbing and throwing elbows in the corner when the ref’s got his back turned are unconfirmed, but we’re all really hopeful.