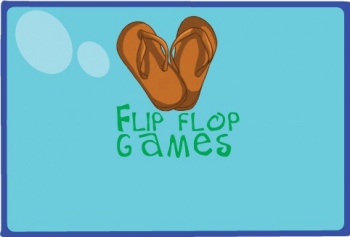 If you feel that your day is lacking in sugar-sweet feelgood gaming news, do read on.

Connor Haines is an 11 year-old iOS developer who has decided to use his skill with drag-and-drop app development platform GameSalad to build apps dreamed up by children afflicted with cancer. The child who comes up with the game gets to decide whether or not the app will be offered for free, with all profits from sales going to the Make-A-Wish Foundation.

Haines and his mother are currently laying the groundwork for the charity, BElieve, that will eventually be used to process all of the app requests sent to Haines by the cancer kids. Each game should take about two to three months to develop, says Haines, who has named the development side of the project FlipFlop Games (slogan: “where kids have the best time”).

Despite his age, Haines is almost entirely self-taught. GameSalad is designed to be used by people with little to no knowledge of coding or programming, but most children who learn how to use it do so with organized assistance. “Once I understood the basics I was able to make my own mini-games,” says Haines. “I even made an e-book for my one of my sisters.”

Haines currently has four games up on the App Store, the most popular of which is That Chipmunk Bob, a “family-safe” app which introduces players to a chipmunk with huge eyes and an invisible body. It’s difficult to tell what exactly this chipmunk does from the description in the App Store, but the listing does promise that players will have “lots of listening fun.”

If you know any kids with cancer aged 5-12 years old who’d like to have Haines create the app of their dreams, FlipFlop Games’ submission page is right here. Otherwise, well, mad props to Haines and his mother for using his nascent app-tinkering skills to make ill children smile. The charitable nature of the venture and its support for the Make-A-Wish Foundation are glacé cherries atop this pile of sweet game-based philanthropy.