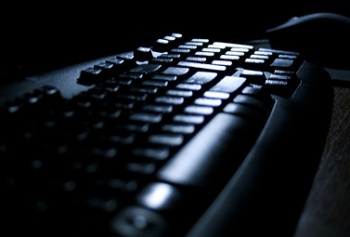 A 14-year-old boy is currently being held for killing his father as payback for having his computer keyboard taken from him as punishment.

The boy, who was not identified by the press, lives in the town of Tuapse, Russia. According to investigators, the boy’s parents confiscated his keyboard after he spent an entire week playing videogames. Around 1 a.m. on April 12, the boy crept into his parents’ room and attacked his father, bludgeoning him in the head with a sledgehammer at least twice and killing him.

Frightened, the boy’s mother gave him back the keyboard, he returned to his computer and continued playing until he fell asleep. His mother notified relatives who got in touch with local police, who then took the boy into custody. The boy currently resides in a pre-trial detention center; under Russian law he is old enough to be charged with murder.