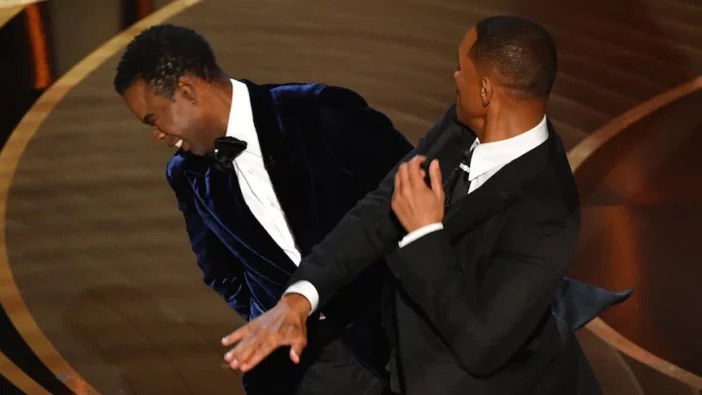 Sooooo… the Oscars happened last night, and we got all the 2022 Academy Award winners. Doesn’t look like too many people tuned in to the actual broadcast, but those that did were treated to a moment that overshadowed the entire thing: Will Smith came up on stage and slapped Chris Rock for telling a joke about his wife’s baldness, which is caused by alopecia. Will Smith then, later, got up on stage for winning Best Actor for his turn in King Richard and promptly apologized to everyone but Chris Rock during a teary acceptance speech.

There are three things to take away from this:

Honestly, outside of the slap, would you be discussing the 2022 Oscar winners all that much today? Coda, an absolutely delightful dramedy from Apple TV+, took home Best Picture, making it the first winner of the award for a streaming service. Netflix is probably livid after years and years of trying, but it’s hard to say anyone else really cares in any major way? There were stirring speeches from Best Supporting Actress winner Ariana DeBose of West Side Story and deaf actor Troy Kotsur for his performance in Coda, but their historical importance is pretty much out the window thanks to the slap and the fact that there just isn’t that much historical importance anymore.

The Oscars tried to seem hip and/or with it by making MTV-style awards such as Fan-Favorite and listing the Five Most Cheerworthy Moments, both of which were decided on (shudder) Twitter. All you need to know about that is that Zack Snyder won both. Dune was probably the most popular film to win anything as it swept through almost all of the techy and visual awards, some of which weren’t even televised.

What it comes down to is that they have no idea what they’re doing, and the Academy looks like even more of a joke now than it did before. Its goal is no longer to honor the best of the best but to pull in ratings and act as a marketing tool. No one seems interested, not even me, who is sometimes paid to be interested. If you do happen to want to scroll through a list of the Oscar winners in 2022, it’s below. Winners in bold.

ACTRESS IN A SUPPORTING ROLE

ACTOR IN A SUPPORTING ROLE

ACTOR IN A LEADING ROLE

ACTRESS IN A LEADING ROLE