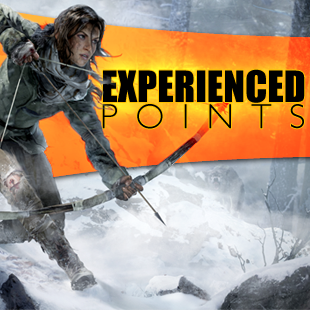 I know I complained about the 2013 Tomb Raider reboot that one time, but the truth is that despite my gripes I thought it was a fantastic game. I did an extended let’s play of it and the game even made my short list of favorites for the year. I would’ve been glad to buy the HD version if they’d bothered to put it on the PC, just for another reason to play through the game again. (Dear Square Enix: Still willing. Think about it.)

So I was a bit disappointed when I heard that the sequel Rise of The Tomb Raider was going to be an Xbox One exclusive. I know this is just how the business works and there’s no sense in getting outraged over what is clearly a financial decision. But that doesn’t really soften the blow that a game I really want is (at least for a while) only going to be available on a console I don’t want or need.

Exclusive deals have always struck me as strange because they’re so good for platform manufacturers but so obviously bad for game developers and consumers. But even as exclusive arrangements go this one strikes me as a bit odd. Here’s why:

The most amazing thing about the deal is that it exists at all. The previous Tomb Raider game came out in March of 2013, and it was about as cross-platform as titles get: Microsoft Windows, PlayStation 3, and Xbox 360. They even had an OS X release later that same year! This year they released an updated version of the game for both Xbox One and PlayStation 4. Precious few games have that kind of platform coverage.

Yet despite the good reviews, big marketing, recognizable name, and complete platform availability, the game fell far below initial sales projections. Yes, those projections were dumb nonsense, but if the first game had half the sales they wanted when it was available on all platforms, then what kind of sense would it make to limit the next game to just one platform? And not just any platform, but the one with the smallest install base?

This isn’t a case where a console developer has decided to make their life simple by focusing all their technology on a single platform. They already have the tools and the team capable of going full-platform with this game. The harsh up-front cost of porting has been mostly paid. (All other things being equal, the first port to a particular platform is always the hardest.) So they’re simply giving up audience they can’t afford to lose in exchange for? What? Money from Microsoft, we assume. Which brings me to my next point:

2. Microsoft was willing to pay for this

Yes, the exclusive is of limited duration. But even so, there’s a cost to going exclusive. Sales will be lower overall. We can argue over the importance of marketing, but it’s clear that the publishers believe that it’s crucial to making a game sell. They sometimes spend as much on marketing as they do on making the game itself, which means marketing is so important that they would rather have an ad campaign than another whole video game to sell. So (using their own logic, since we don’t have reliable sales numbers) releasing on the other platforms months or years later means that they will either have to do a second ad campaign (which is crazy expensive) or release with limited marketing, thus hurting their sales on the largest platform. 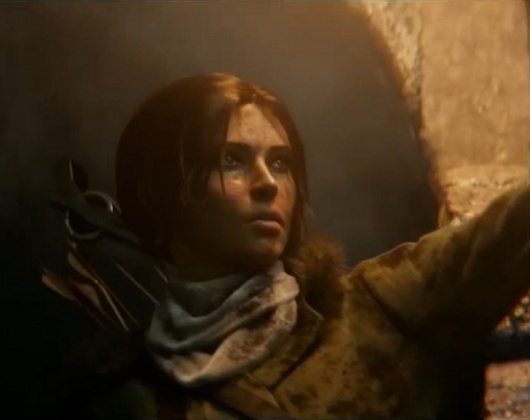 For this deal to make any kind of sense to Square Enix, Microsoft would need to be offering enough cash to make up for this shortfall. Is it really worth tens of millions of dollars to Microsoft to have this game as a temporary exclusive? I know the last Tomb Raider ultimately did okay, but it wasn’t a huge sensation. Is this game really popular enough to be a system seller? How many units can this one game possibly move?

For this deal to pay off for everyone (except the fans of course, because these deals never benefit us) then Tomb Raider must be popular enough to sell a significant number of Xbox Ones, and Microsoft must be willing to pay Square Enix enough to offset their short-term losses. I know Microsoft is trying to boost sales before they fall so far behind the PlayStation that they end up in a downward spiral, but this seems like a really expensive way to go about it.

(Although, if Square Enix was low on cash then maybe they needed the short-term infusion to get Tomb Raider done. I have nothing to support this, but I’m mentioning it here as an alternate explanation.)

In any case, I get why Microsoft wants the exclusive, which makes it all the more baffling that:

The whole point of a deal like this is to sell consoles. The idea is that some die-hard Tomb Raider fan will be willing to pony up for an Xbox One if that’s the only way they can play the game. But if you announce that the exclusive is of a limited duration, then consumers know they can save themselves a few hundred bucks by just waiting it out.

Even more strange is that Microsoft was the one to explicitly announce that the exclusive was limited. I can’t imagine why they did this. Sure, I can understand why the developer would want to let their fans know, but for Microsoft there was nothing to be gained and everything to lose by coming out and admitting that you won’t need to buy an Xbox One to get the game. It undercuts the only thing they have to gain in this deal: The potential to sell consoles.

All in all, this is an odd deal. It’s odd that Square Enix would be willing to take the long-term sales hit. It’s odd that Microsoft would fork over this kind of money to create an exclusive instead of taking that same money and “spending” it by discounting the Xbox One. (Both consoles are the same price and so any discount can be enough to tip an indecisive consumer one way or the other.) It’s odd that Microsoft would talk about the deal openly instead of just keeping quiet and letting anxious Tomb Raider fans take the bait.

But the most bizarre thing to me is that that this sort of thing works – there really are people out there who will buy a $400 console so they can play a $60 video game. I love this game as much as anyone (see the first paragraph) and I’m even willing to buy the game again for a small graphical upgrade. But there’s no way I’d buy an Xbox One to play it – not even the recently discounted Kinect-free version. But clearly there must be people who do that sort of thing, or else deals like this wouldn’t exist.