Lots of gamers have been raving about Pillars of Eternity, including our very own Justin Clouse. If you’re among them, and you’d like to check out more isometric RPGs, today’s gallery is for you. There have been a number of great isometric RPGs over the years, and these eight are some of the very best. 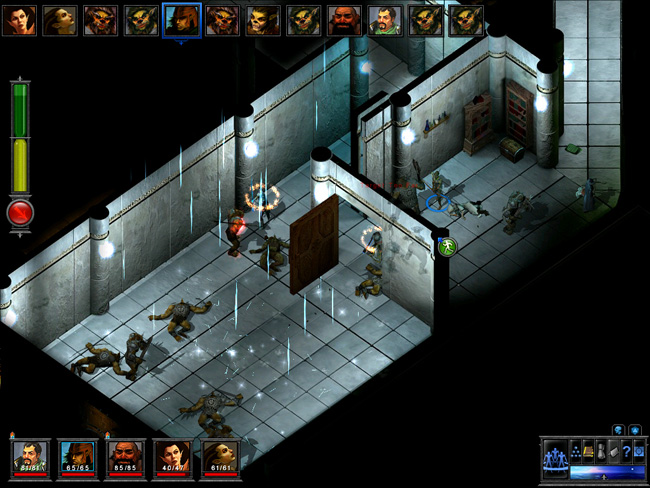 The Temple of Elemental Evil

The Temple of Elemental Evil has a colorful history. Developed by Troika, the game released with a number of bugs. Although the developer rolled out three patches to fix many of them, Atari shuttered Troika shortly after the game launched, leaving a number of bugs unresolved. That’s when the community took over. A mod group calling themselves “Circle of Eight” began patching the game. After addressing the bugs, they went further, creating tons of new quests, new content, and even new modules for the game. All of this content is still available, and it makes The Temple of Elemental Evil almost a must-play. 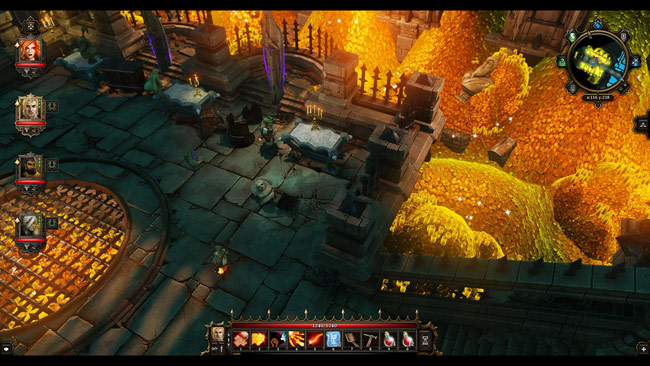 The newest game on this list, Divinity: Original Sin is the latest entry in the Divinity series. It incorporates a number of classic items in its gameplay, and its combat, environments, and story are all extremely good. It’s certainly challenging, but it’s also one of those games where you get out of it what you put in. It doesn’t hold your hand, meaning that the difficulty can be punishing at times, but if you’re up to the challenge, it’s a super rewarding adventure. 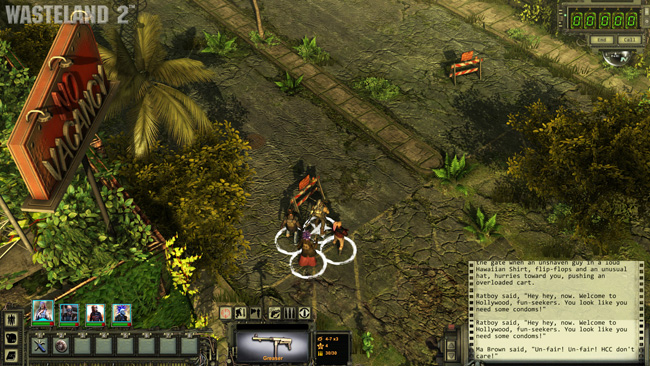 Wasteland 2 takes us away from the world of fantasy and into a harsh, post-apocalyptic setting. The Kickstarter-funded title picks up where the 1987 original left off, letting players build parties and explore the titular wasteland. As a member of the Desert Rangers, you’ll travel the wasteland, interact with survivors, and carry out missions assigned to you as you try to solve the mystery of what killed a Ranger who was found dead. Wasteland 2 manages to both be true to the original game, and still learn lessons from all the games that have come since then. It’s a great experience. 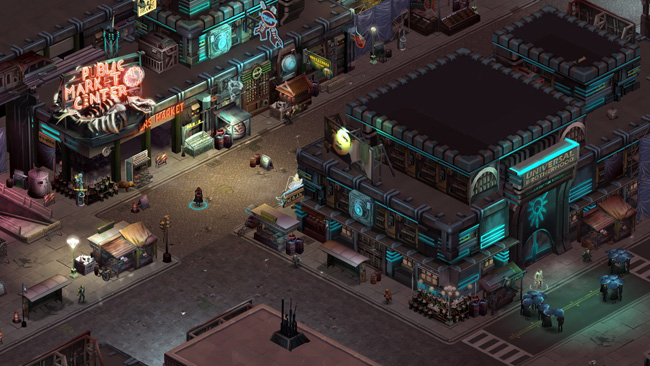 The science-fiction fantasy game Shadowrun Returns is another strong entry into the isometric RPG genre. after you’ve chosen a class, you’ll go forth into a well-designed world that’s based entirely on the tabletop campaign setting. You’re trying to find out who killed your friend and former accomplice so that you can earn a hefty reward. Along the way, you’ll earn Karma that can be used to boost your characters’ abilities, and you can even hire up to three other “runners” to aid you in your mission. As good as the initial game and expansions are, the included mod tools mean that there will be even more great content to explore. 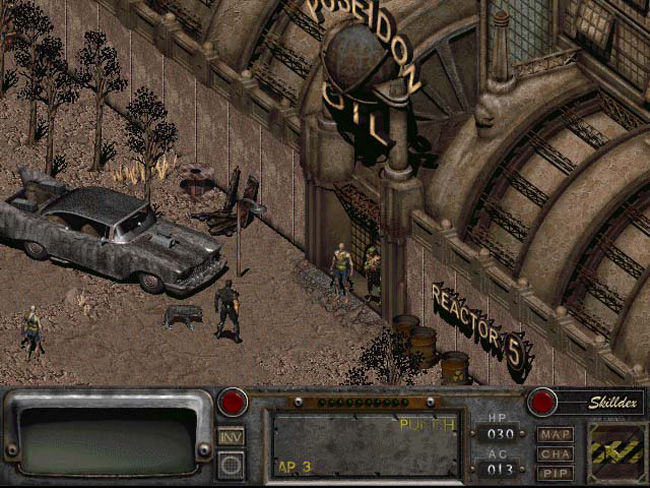 Black Isle’s last entry into the Fallout series tells the story of a descendent of Fallout’s vault dweller who is sent out into the wasteland to retrieve a vital piece of equipment known as a GECK (Garden of Eden Creation Kit). As this device will allow survivors to create thriving communities in the wasteland, it’s somewhat in demand. After adventuring far and wide, the hero returns to find the Enclave has take over his home, and he must rescue his fellow survivors. If your only experience with Fallout is Bethesda’s take on the series, you should really check this one out. It’s a very different type of game, but it’s totally worth your time.

You can check it out on Steam. 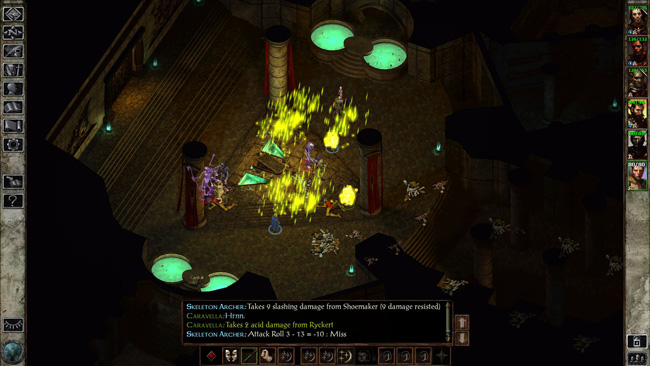 Also developed by Black Isle Studios, Icewind Dale captured the frozen wastes of the Dungeons & Dragons Forgotten Realms campaign setting. While the iconic characters from R.A. Salvatore’s novels are not in this game, it’s still a great way to experience the world those stories take place in. You control a party of adventurers that set out to investigate Kuldahar, a town that has recently sent word that something strange is happening there. The adventure takes you all over Icewind Dale, and you’ll confront demons, wizards, and more along the way. Late last year, Beamdog released Icewind Dale Enhanced Edition, remastering the game for modern machines.

You can check out the original game or the “Enhanced Edition” on GOG.com. 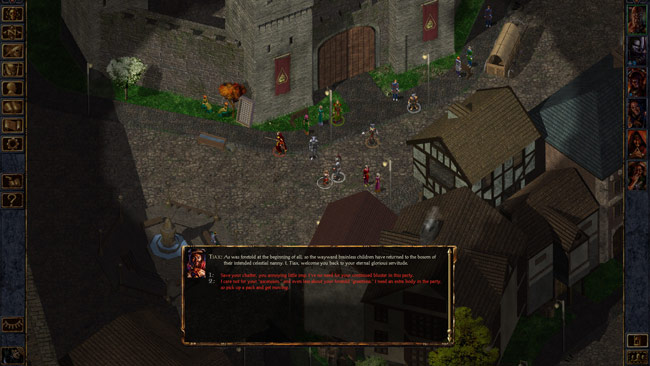 Baldur’s Gate was the game that really put Bioware on the map as a developer of RPG titles. Using a modified version of the Advanced Dungeons & Dragons 2nd edition rules (Yes, that means THAC0), Baldur’s Gate was set in the Forgotten Realms campaign setting, and even the legendary drow Drizzt Do’Urden makes an appearance here. The game uses real-time third-person combat, but also allows the player to pause the action at any time. You’ll form a party, adventure through the lands, and try to decipher the cause of the “Iron Crisis,” a blight that is causing all iron produced in the land to be brittle and weak. Baldur’s Gate allowed players to develop a character that was their own through choice of companions, dialogue choice, exploration, and battle.

You can check it out the original game or the Enhanced Edition on GOG.com. 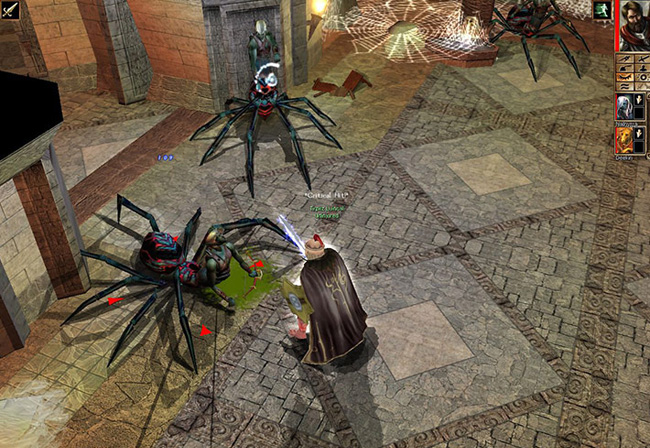 To my mind, there’s only one king of the isometric RPGs, and that’s Neverwinter Nights. Not only did it offer up an amazing campaign that gave you the chance to save the city of Neverwinter, it also incorporated something that broke new ground: a robust multiplayer mode with support for custom content. The Aurora toolset allowed players to create their own adventures, and they did so with gusto. By the end of 2002, there were already over 1,000 custom adventures for the game (It released on June 18, 2002). Add in the three official expansions, and you’re got a game with a mountain of content that’s super fun to play.