Editor’s Note: With the news that Fallout: New Vegas is now on GOG, we figured it was a good time to bring these mods back to the spotlight. Enjoy!

At E3 yesterday, Bethesda showed off the recently-announced Fallout 4, and confirmed it would arrive this fall. They also confirmed mod support for both PC and Xbox One, with PS4 support hopefully coming soon after. But that’s not until this fall, and you need something to keep your Fallout addiction at bay. That’s why we’re picking out eight of our favorite mods for Fallout: New Vegas for today’s gallery. Give them a try, and see if they don’t tide you over.

Don’t see your favorite mod? Tell us what it is in the comments! 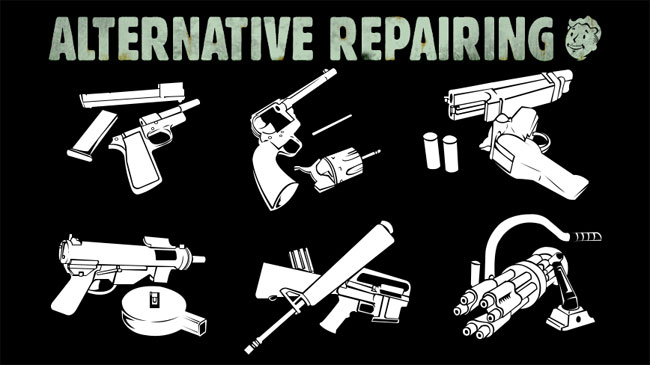 If you’re like me, you got a little tired of how easy repairing your gear was in New Vegas. This mod does away with the base game’s system of smashing two things together to make a better thing, and instead requires you to find (or craft) repair components. Wooden weapons need wonderglue to hold themselves together, guns need the proper parts (pistol, rifle, etc.), and bladed weapons are repaired with whetstones. It’s not a major change, but it does make the crafting feel like it makes more sense. 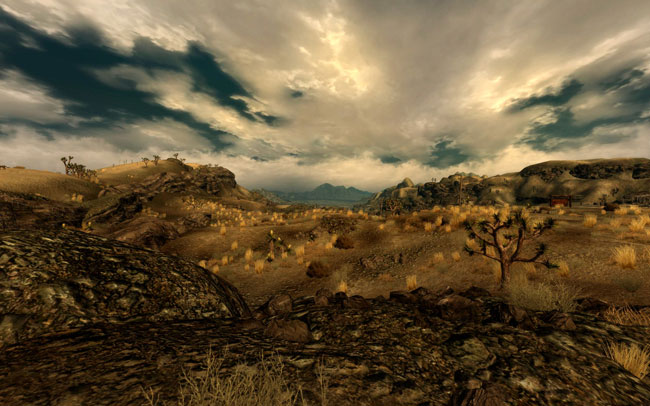 If you’re looking to bring a little weather to the Mojave Wasteland, then [/em]Nevada Skies[/em] is exactly what you’re looking for. Not only does it add more than 320 different weather effects, it also adds a complete HD re-texture of the sky. It also includes three different night variants, full support for all the New Vegas DLC, and radioactive rain showers. Overall, it’s a big step in making the wasteland feel more hostile, and that’s a good thing. 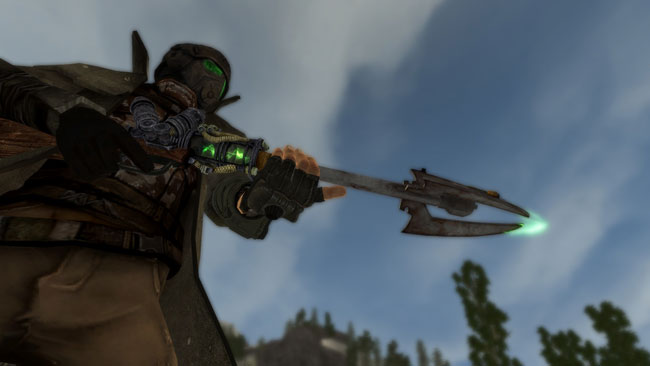 Project Nevada is a massive mod. Luckily, it comes in modules, which allows you to only install the parts of the mod that you want to use. You could just install the core, which adds bullet time, variable zooms, and a dedicated grenade key, among other FPS staples. If you want more, add the Cyberware module and you can add implants that give your character various abilities. There’s also a Rebalancing module that makes things more difficult, and a an equipment module to add more weapons and armor. It’s your choice how much to add. 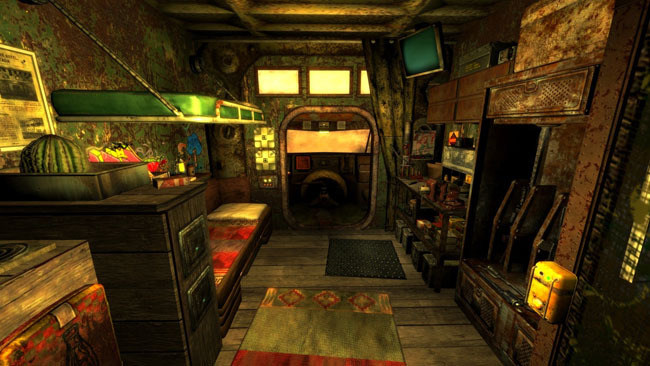 The Mobile Truck Base mod attempts to strike a balance for those who want to wander the wastes without risking all their precious gear. It adds a truck that you can purchase and then use as a mobile base. It’s got a place to sleep, crafting stations, and plenty of room for storing your weapons and gear. It also incorporates a fast travel option to certain locations if you’ve already discovered them. It’s a great way to avoid having to go back to town every night, but still be safe. 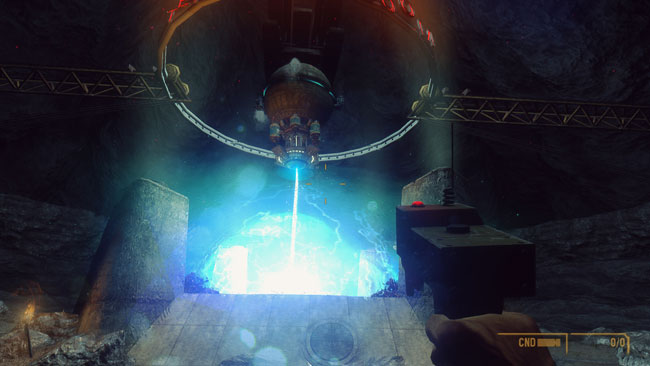 Calling Project Brazil a mod almost seems to underrate it. It’s actually an entire new campaign that you start from the main menu. It offers a new character (from Vault 18), a new area the size of Fallout 3 to explore in California, and 8 new possible companions, all split into two installments. Add in over 5,000 lines od professionally acted dialogue, and you don’t have to wonder why this one won Mod of the Year in 2013. 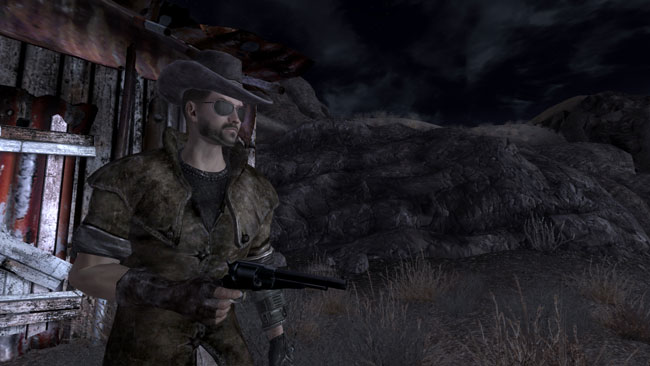 If you’re still looking for more to do in the Mojave Wasteland, maybe it’s time you became a bounty hunter. As you track down the worst of the outlaws in Wasteland, you’ll get to enjoy new voice acting and the challenge of taking out rogue rangers, smugglers, raiders, and more. There’s even a second installment of this mod, in case the first one doesn’t whet your appetite for hunting down your fellow survivors. 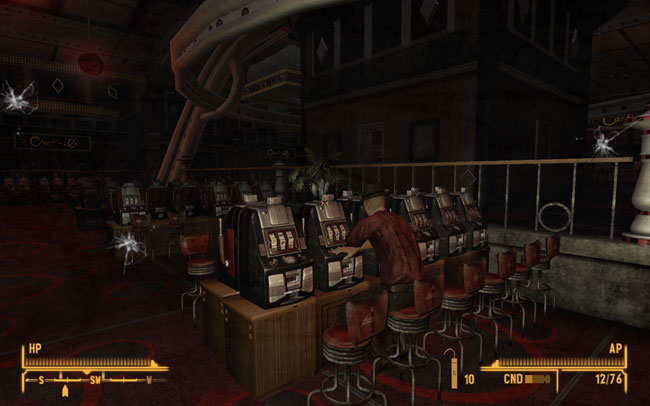 When you finally hit the town of New Vegas, you can’t help but notice that the Lucky 38 casino is just sitting there empty. It’s disappointing, because it’s the biggest casino in town. But you can change that if you grab this mod. Not only does it re-open the Lucky 38, it puts you in charge! It’s up to you how you exapnmd the resort and what services you offer, so test your business acumen and see if you have what it takes to become a casino mogul in the Wasteland. 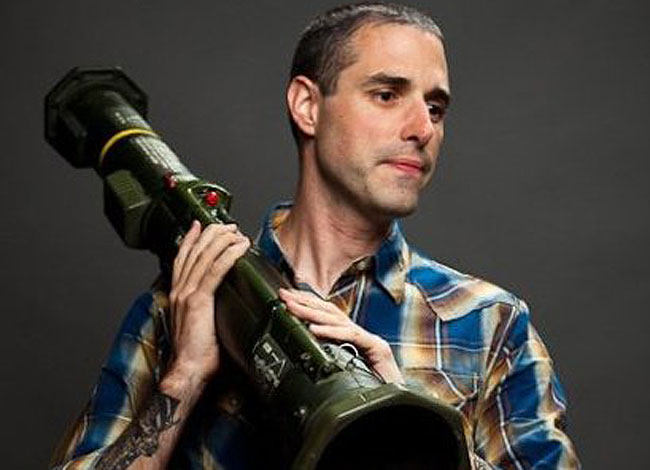 Who better to author a mod for Fallout: New Vegas than the man who directed the game in the first place? Josh Sawyer wasn’t entirely satisfied with the finished product, so he tinkered with it in his spare time. That tinkering resulted in the JSawyer mod. Not only does it fix bugs, it also makes the game much harder. Base health is greatly reduced, the base carry limit is lower, and the level cap is set at 35. Even worse, Stimpacks have a weight value. The hardcore thresholds have been increased, but the values also go up more rapidly. It’s a mod that is tailor-made for hardcore fans of the game. One catch – you need the base game and all the DLC installed for this mod to work.

Grab the mod at The Vault.