‘Tis the season that families get together, eat way too much food and tolerate those family members you try to avoid any other time of year. We seem to all have that one creepy uncle that no one wants to discuss.

You’ve gorged yourself on enough food to feed a family of 4 for a week in one sitting and are getting ready to rest and digest. But why waste that time on watching TV together when you can instead play against, or with, your family in some great co-op games?

Here are eight great co-op games to play over the holiday with the rest of your family.

Do you know of others? Please comment and let us know! 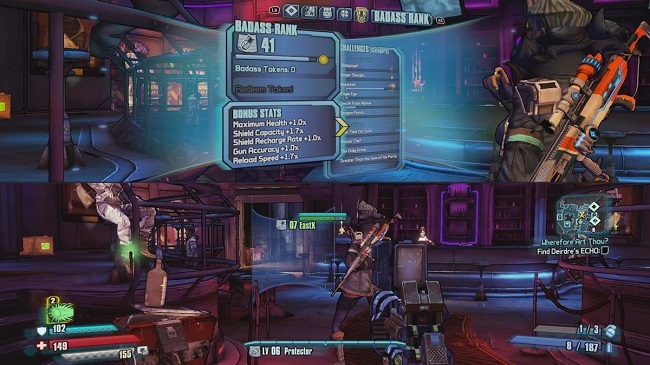 Borderlands 2 is certainly the most “mature” of the games listed today, but not every gamer is a kid! Co-op shooters have always been a mixture of fun and frustration. On one hand, you’re playing with family members and experiencing your hobby with fellow family members who will potentially want to do it more often. However, on the other hand, what if they are the type of player that’s more of a burden than a help? Either way, they are family and practice makes perfect so go ahead and go vault hunting with Grandma. I bet you’ll have a great time listening to her reactions to the audio! 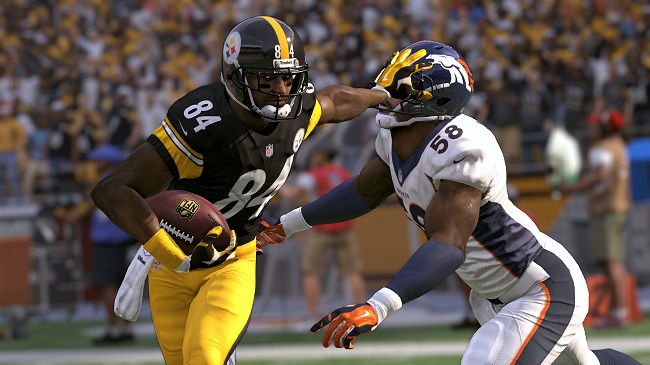 Thanksgiving isn’t just known for oodles of food, it’s also a day of Football! But, why watch a game on TV when, instead, you can create your own? There’s always that member of the family that thinks he would have been a pro-player if only “this” or “that” happened and acts as if they are the repository for all things sports. So, why not challenge them to a game and humble them after scoring touchdown upon touchdown? Just remember not to do the pelvic thrust when you score, your family is still there.

I was going to include Pro Evolution Soccer for any soccer fans, but since this is an American holiday… No. 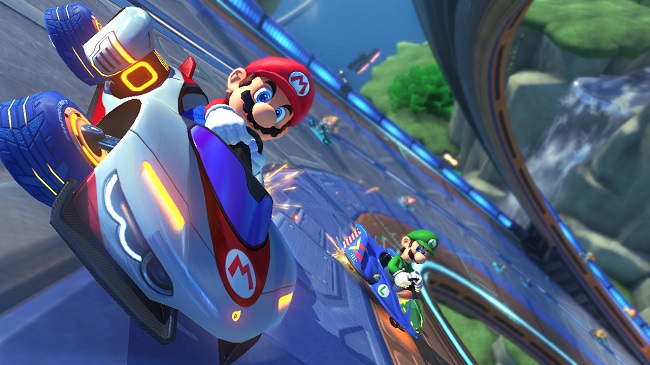 If there is one game that should be looked at very carefully when playing in the same room, it’s Super Mario Kart 8. There isn’t anything more fulfilling than to use that blue turtle shell at the last second before your cousin crosses the finish line or frustrating when it’s done to you, instead! Super Mario Kart 8 is one of those super-competitive games that are great for all ages and it’s perfectly acceptable for the parent to defeat their kid over and over again while they can. Because, as we all know, they learn and will soon be better than us! So let’s have our fun while we can! 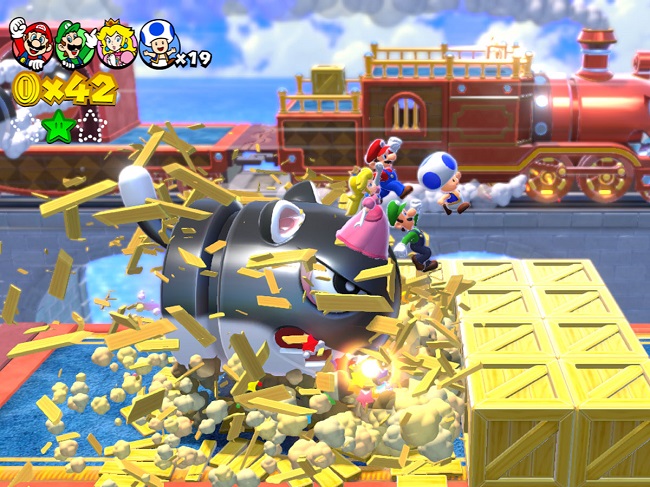 Imagine playing Super Mario 64 style game with an updated graphics engine and 4 player co-op support and you getSuper Mario 3D World. I would normally take the role of the parent playing and leading the kids to victory, however, not this time. Children are like little sponges when it comes to Mario games and they catch on very quickly of what they need to do. So, if you’ve never played a Mario title (wtf?) or unsure of what to do, just play with one of the youngsters and watch them as they show you what needs to be done. Plus, it’s always fun to play games with kids, they’re so easy to amuse! 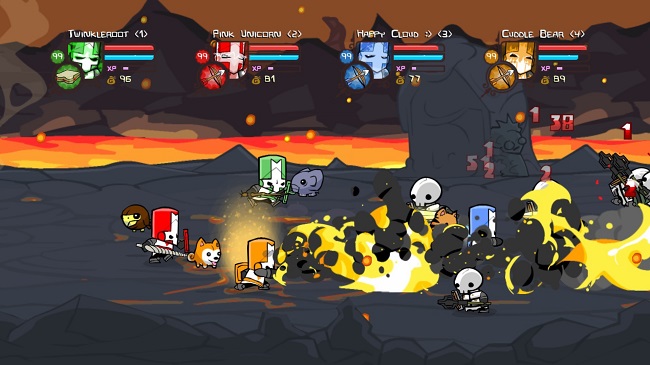 Castle Crashers is an arcade style fighting game that allows you to play as a mage, archer or warrior as you fight scores of enemies who have taken your princesses and some sort of crystal that the King had in his throne room. I’ve played this one with my two boys and they absolutely enjoy playing this one with me. It’s a fun game to play with children of about 7 or older, as the humor can be a little crude at times (poop and fart jokes abound). It can be a little challenging at times which can lead to some frustration, but what great game doesn’t have a little frustration in it? 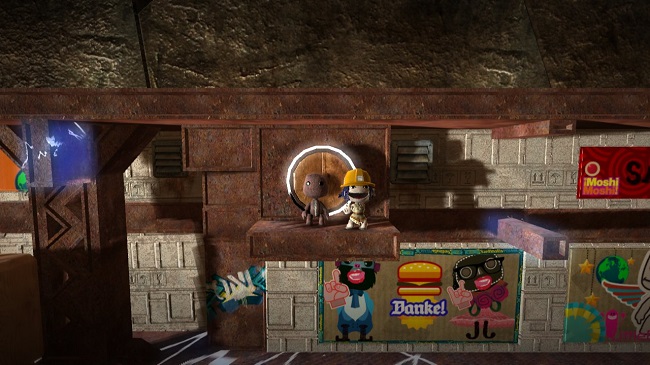 Probably one of the “cutest” games that exist. LittleBigPlanet 2 is a side-scroller that will probably never be played in the way it’s meant to be once certain members of the family realize that you can decorate them. These are the same people that spend 3 hours customizing a characters’ appearance in Skyrim. For those that get beyond that point, it’s a fun puzzle game that has specific co-op maps and objectives that require all players to work together to complete the level. 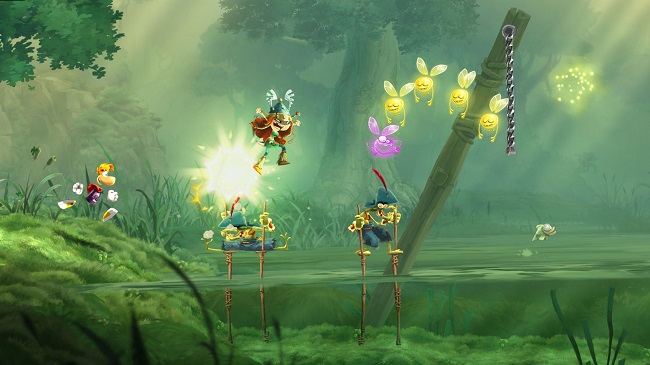 If you’re looking for a game that requires the players to work together, something great for a pair of siblings, Rayman Legends is a platformer adventure title that has each player perform unique tasks to get across the map and complete each level. It would be great to see 4 kids or adults working together to complete each objective, but we know how that really is, and most of the time it’s pretty funny to watch unfold. 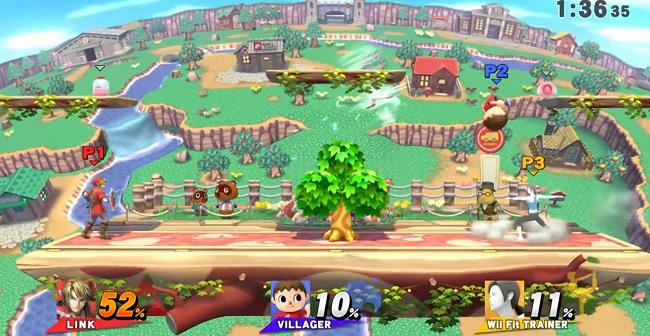 If there was a game made that put any relationship to the test beyond any other it’s Super Smash Bros. As with many Nintendo games, the most innocent looking character is usually the most menacing one. If you see someone picking Villager, for example, you’re going to have a rough time, and see a happy face on that character the entire time. Given the intensity this game can create, especially with a 4 player face off, it’s best to play this before or after your grandparents take their post-meal nap.